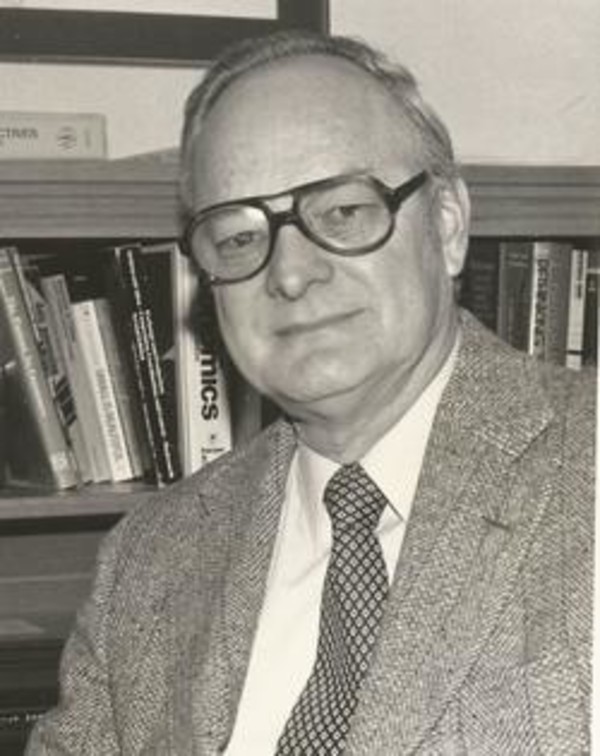 Robert L. Eichhorn, Professor Emeritus of Sociology, died June 15 at Cumberland Pointe. He was 90. Born April 24, 1924 in Yates Center, Kansas to Lee and Jeanette Tannahill Eichhorn, Professor Eichhorn held bachelor's and master's degrees from Kansas University, and the PhD from Cornell University. During World War II , he was a combat medic with the 114th Infantry Regiment in France and Germany, service for whch he was awarded the Bronze Star. He married Sue McCoy on September 1, 1947 in Lawrence, Kansas. She survives. During his 35-year career at Purdue, commencing in 1954,Professor Eichhorn directed over 40 graduate students in health services research. He served on the research policy commmittees of the National Academy of Sciences, Veterans Administration, American Hospital Association, American Public Health Association and American Sociological Association. He was on the editorial boards of the major journals in health care organization and consulted throughout government. He took leaves of absence to teach at universities in Germany, Florida, and Utah and to serve as Associate Director of the National Center for Health Services Research in Washington, DC. Professor Eichhorn leaves a legacy as an educator, mentor, and researcher with former students achieving endowed professorships at leading universities, administrative posts in the most visible research and policy organizations, and founding and editing the foremost journals devoted to medical sociology and health services research. Three of his students have received honorary doctorates from Purdue University. With the establishment of the Robert Eichhorn Fellowship in Medical Sociology by former students and colleagues, his work will be continued in the future. A life-long gardening enthusiast, he was a member of Tippecanoe County Master Gardener Association. He is also survived by two daughters, Gretchen Ely (husband, Joseph) of West Lafayette, Lise Schools (husband, Edward) of Okemos, MI, and a son, Stefan D. Eichhorn (wife, Lana) of St. Louis, MO. Also surviving are four grandchildren and three great-grandchildren. A memorial service will be held on Saturday, June 21, at 2:00 p.m., St. John's Episcopal Church, 6th and Ferry Streets, Lafayette, IN. Donations in memory of Robert L. Eichhorn may be made to St. John's/LUM Food Pantry.