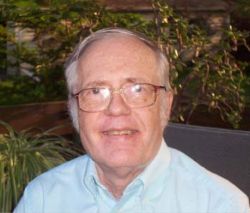 Robert L. (Bob) Brelsford, 77 died July 19, 2021. He was born on January 9, 1944 to Harold and Elsie Brelsford in Lafayette, IN.  Bob graduated from West Lafayette High School and went on to Purdue where he graduated with a PhD in Education. He is survived by many cousins and was particularly close to his cousin John Pfifer of Bloomington, IN.

In his first job he taught school in the inner city of Milwaukee, WI, which forever influenced his life, leading him to become more politically sensitive and sympathetic toward the needs of others. For the rest of his career he worked as a counselor for Tippecanoe County Department of Career Development and later Tecumseh Area Partnership.

Bob was a great supporter of West Lafayette High School sports where he played baseball. He lived for baseball and hockey seasons and was an avid fan of the New York Yankees and Rangers. Bob was selected bat boy for the Lafayette Red Sox in the 1957.  He was an active member of the American Society for Baseball Research and was a consultant on Major League Baseball in the 1950’s era.

Bob delighted in conversations with his many friends. He was humorous and sensitive, and always interested in people. He actively engaged others wherever he went: librarians, grocery clerks, neighbors, and nurses.

In lieu of flowers, memorial gifts in Bob’s name may be directed to the West Lafayette High School Education Foundation at 1130 N Salisbury St., West Lafayette, IN, 47906, Planned Parenthood of Lafayette, 964 Mezzanine Dr., Lafayette, IN 47905 or the American Society for Baseball Research housed at the Walter Cronkite School of Journalism, ASU, 555 N Central Ave., Phoenix, AZ 85004.

You may leave condolences at www.soller-baker.com