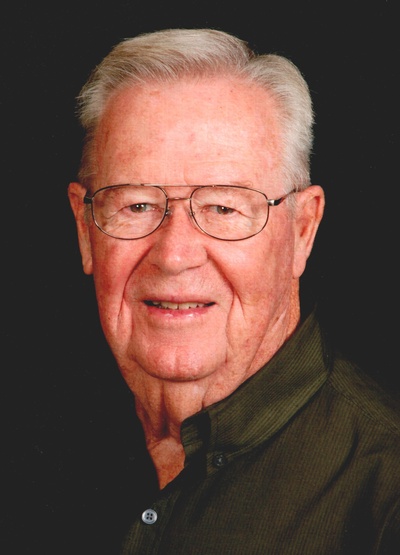 While at Jeff, Bob managed the football and basketball teams for two years and the track team for three years, including the basketball team that won the 1948 IHSAA State Championship. Bob took movies of basketball and football games for the Jeff Athletic Department for 25 years. He joined the Jeff Camera Club his sophomore year, beginning a lifelong connection with photography.

Bob’s first job, at age 12, was as a caddy at the Lafayette Country Club, and he played golf for 75 years, getting six hole-in-ones. He managed a 165-customer paper route in Highland Park during World War II. While in high school, Bob worked as an usher at the Mars Theater and at the New Market Meat Department on Main Street. After graduation, Bob worked for the Lafayette Dental Lab.

Bob served in the U.S. Army 38th Infantry, Headquarters Battalion, Second Division from October 1951 to July 1953, reaching the rank of Sergeant. After basic training in Breckenridge, Kentucky, he was sent to Korea to do intelligence and reconnaissance. He was sent to Koje Island off the south coast of Korea in May 1952. In July 1952 he was moved to Chorwon, where he was stationed on Hill 347 near Pork Chop Hill and Old Baldy, calling in rounds of artillery coming and going from the battle.

Bob joined Bethany Presbyterian Church in 1953, serving as an elder and a deacon, and attended Lafayette Great Banquet #32 and was the official photographer for the next 100 banquets. He was a charter member of the Breakfast Optimist Club and helped build the Armstrong Park baseball complex. In addition to photography and golf, Bob also enjoyed woodworking and travel. He was part of a supper club that attempted to try a new restaurant every Tuesday for more than 20 years. Bob’s Fourth of July birthday pool party and fish fry was legendary among friends and family.

A celebration of Bob’s life will be held at 11:00 am Saturday, March 30, 2019 at Bethany Presbyterian Church, 3305 Longlois Dr. Lafayette, IN 47904 with Rev Kevin Bowers and Dr. Donna Enersen officiating.

In lieu of flowers those wishing may contribute in Bob’s name to either Bethany Presbyterian Church or Lafayette Urban Ministry.