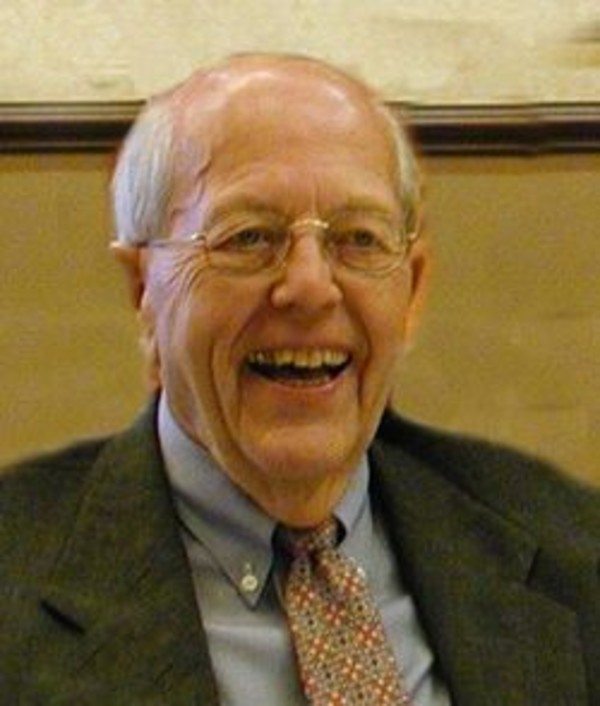 Richard D. Zimmerman, 84, of West Lafayette, IN, died at 10:05 PM Friday, December 6, 2013 at Cumberland Pointe Health Campus. He was born November 20, 1929, in Hammond, IN, to the late LeRoy and Helen Zimmerman. He graduated from Richmond High School in 1948 and went on to serve in the United States Air Force from 1951 to 1955. Richard then graduated from Ball State University with a BA in Business in 1959. On April 6, 1957 he married Doris McNew. She preceded him in death on December 31, 2008. Richard was in Sr. management at Duke Energy. He was a man of faith, who was devoted to the love of his life, Doris. He was a devote family man with always an encouraging word for his children, grandchildren and those around him. Surviving are son, David Zimmerman (wife Linda)of Lafayette, and two daughters, Denise Hilton (husband Mark) of West Lafayette, and Diane Francis (husband James) of Stevensville, MD. Richard had eight grandchildren, Lindsay Zimmerman, Brittany Zimmerman, Adam Zimmerman, Matthew Hilton (wife Laura), Steven Hilton (wife Anna), Colleen Francis, Karli Francis, and Jamie Francis. He was preceded in death by a brother. Visitation will be from 10:00 AM until the 11:00 AM service on Tuesday December 10, 2013 at the Soller-Baker West Lafayette Chapel, 1184 Sagamore Pkwy West, West Lafayette, IN 47906. Rev. William C. Horner will officiate. Burial will follow at Tippecanoe Memory Gardens in West Lafayette. Memorial contributions can be made to the First Christian Church of Shelbyville, 118 W. Washington St. Shelbyville, IN 46176.