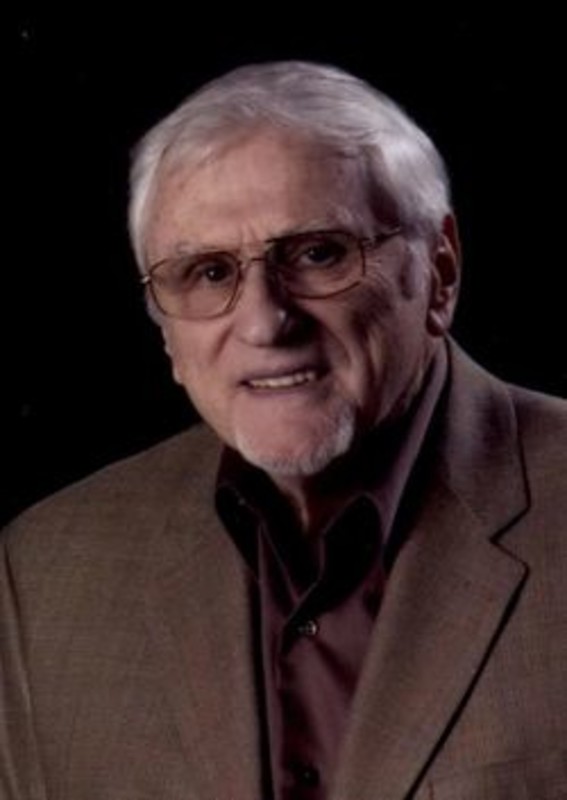 Richard Edward Gelzleichter, 84, died February 26 at IU Arnett Hospital in Lafayette.   Dick was born October 30, 1931, in Huntington, the son of Edward Paul and Catherine Fields Gelzleichter.  Dick’s work ethic developed during his teen years, when he hauled grain from his father’s elevator and delivered coal from the family’s coal yard as well as working with his grandfather in their feed store. He attended St. Mary’s Catholic elementary school and graduated from Huntington High School.  He served in the United States Air Force, Strategic Air Command and Tactical Air Command; Korean War Foreign Tours in Japan and North Africa.  He received a B.S. degree in Agricultural Economics from

Purdue University and an MBA from Indiana University.   On November 28, 1952, he married Patti O’Donnell at St. Joseph Catholic Church in Montague, Michigan; she survives. Dick enjoyed a long career at Purdue, and often said that he never had a job he didn’t like.  He was Special Projects Coordinator for the Cooperative Extension Service university and field operations from 1963 to 1977;  the Area Administrator for Purdue Southwestern Indiana Cooperative from 1977-1984;  Coordinator of Purdue Agricultural Distance Learning, 1984-93,  Executive Director of the Indiana Agricultural Leadership Program 1990-92.  He then became Program Coordinator of the Poland Project for Purdue International Programs in Agriculture, 1992-until his retirement in 2000.  The years he spent in IPIA were the most fulfilling of his career; during his nearly 30 trips to that country, Dick made many deep and meaningful relationships; he kept in touch with Polish friends until the end of his life.  His work was as Consultant to Ag Universities in Poland for restructure and development of Extension Services. He received the “Gold Medal” merit award from the Agricultural University of Krakow in 1993 and the national Epsilon Sigma Phi International Service Award in 1994, and the Medal of Honor from Warsaw Agricultural University in 1996. Dick’s volunteer positions and board appointments are far too numerous to mention, but he would likely consider the most rewarding his extensive contributions as founder of the State Mental Health Task Force on Addiction, the Indiana Substance Abuse Task Force, Indiana Citizens Committee on Alcoholism, and the Local Citizens Committee on Drug Abuse in Evansville and Lafayette.  He was one of the founders of the former New Directions Center, and contributed much of his time to the Home With Hope Halfway House.  He served on the boards of the Kiwanis Club and on the advisory board of the Salvation Army.  He was a board member of the Indiana Job Service Council, the e 4-H Foundation and the Purdue Agricultural Alumni Association.  He was a long time member of Blessed Sacrament Church. Above all things, Dick loved flying; he was a glider pilot and a member of the Lafayette Soaring Society. In addition, he enjoyed time in his sailboat, exploring the countryside on his motorcycle, long walks, flower gardening, kids and animals.  He especially loved week-long visits from his grandchildren.  Dick will remain in the hearts of Patti, his wife of 63 years, son Mark Gelzleichter (Dawn Covey), and son Paul Gelzleichter ( Nancy), grandchildren Suzann, Kyle (Kathleen), Aaron (Megan), and Kelsey, as well as great- granddaughter Emylia, all of the Evansville area.  He was revered by two special nieces, Connie Quakenbush of Franklin and Cheryl Webber of New Whiteland , as well as many friends and former colleagues.  He was preceded in death by his parents and his sister, Gloria Gelzleichter Grindlay. Friends may greet the family between 1:00-3:00 p.m. on Tuesday, March 1 at Blessed SacramentChurch with Mass of Christian Burial to follow at 3:00 p.m,  Rev. Ambrose Zielgler officiating. Burial will follow at Grand View Cemetery. Those who wish may contribute in Dick’s name to the Lafayette Urban Ministry, Special Olympics, Food Finders Food Bank, or the Salvation Army.