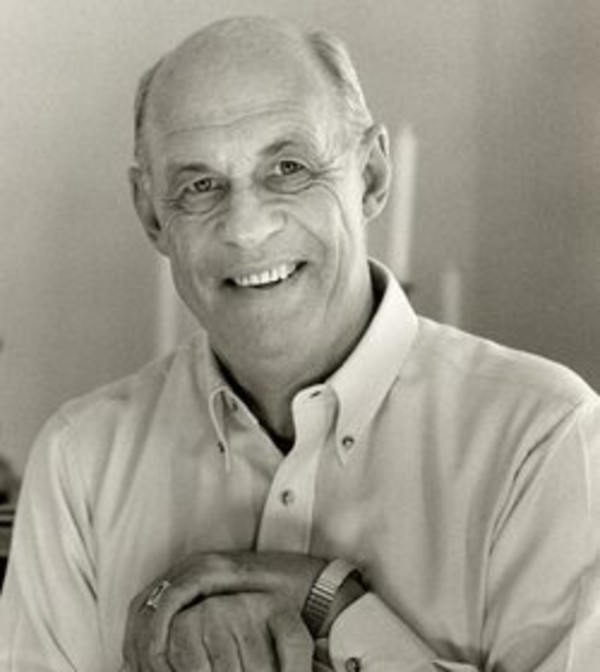 Raymond Joseph Rudolph, of West Lafayette, passed away on Monday, August 20, 2018, after a brief illness. He was born February 21, 1922 in Crown Point, IN, to the late Raymond Rudolph and Marie Connell Rudolph. Joe served in the Army during WWII and was stationed throughout Europe.

As a student at Purdue, Joe was senior football manager, a member of Iron Key, Gimlet Club and an active member of Phi Gamma Delta Fraternity. Joe graduated from Purdue University in 1948 and began his career in 1949 as the Executive Director of the Purdue Alumni Association; active in organizing Purdue Alumni clubs across the country and growing the Association over his years at the University.  Called “Joe” by family and friends and Mr. Purdue by thousands of alumni and former students, his working career at Purdue continued for 40 years, until his retirement in 1989. After Joe’s retirement, he served as an Executive Assistant to the President of the University with many responsibilities. His long history with Purdue University brought him great joy throughout the years.  Joe continued to stay involved with Purdue long after retirement; he enjoyed golf with friends, was a true Boilermaker fan and could be found watching football from the press box and never missed a basketball game in Mackey Arena.

Over the years, Joe has been honored and awarded with many commendations that include the First Purdue Alumni Association Service Award, Sigma Delta Chi Leather Medal for exceptional contributions to Purdue University, the Sagamore of the Wabash, the President’s Council Service Award, the John Purdue Club Distinguished Service Award, was inducted into the Purdue Athletic Hall of Fame and received the National Football Foundation Legends Award.  In addition to many awards, he was a charter member of Church of the Blessed Sacrament in West Lafayette, a former member of Lafayette Country Club, served three terms on the Methodist Health Foundation Board, served as Board Member of the Greater Lafayette Museum of Art, YWCA and Sisters of St. Joseph in Tipton, Indiana.