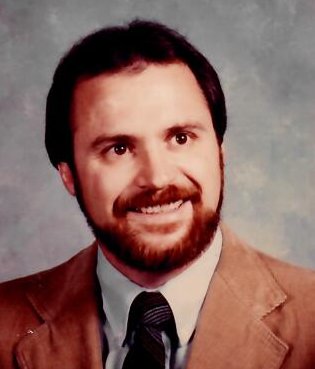 Phil was born into this wacky world the 4th son of Norbert & Grace Arth on January 2nd, 1954. Gracie’s hair immediately turned pure white!  Being the youngest son in the Arth brood, he was spoiled by his parents and tormented by his brothers.

Phil survived the spoiling and abuse and graduated from Central Catholic in 1972, playing football and wrestling along the way.  He visited brother Tom at the University of Kentucky and was impressed by the school and its activities (parteeees) and decided to go to UNI in Lexington.  He graduated from UK in 1976 with a major in business and a minor in para-mutual gamesmanship.

Immediately he was drafted into the Arth family business (Arth Drugstores) becoming the business manager and head bean-counter.  After Arth Drugs was sold in 1996 he plied his trade with the Underwood Insurance Agency until retirement.  Phil Married Mary Peterson in 1983 and they had 2 children. Michael (Catherine) of Tempe, AZ and Allison Arth-Graveel (Mark) of Nashville,TN,

After Phil & Mary divorced, Phil met and married Carla Sue Mitton in 1998.  Phil acquired 3 step-children in the merger and enjoyed and loved them as his own–Geoff of Fort Myers, Fl, Josh of Lafayette and Jessica. Galloway of Crawfordsville. Phil ended up with 3 grands and 11 step grands.  He sends his eternal love to them all.

Phil never shook the gambling bug.  He & Carla loved the casinos and the horse tracks.  The Kentucky Derby was on their bucket list every year.  They loved traveling the country and visiting the betting parlors along the way. Phil was ecstatic when Indiana legalized on line betting.  He actively enjoyed until the bitter end. Carla passed in March 2019 and this devastated Phil.

Uncle Fuzz is survived by 2 brothers, John (Wendy) of Germantown, TN and Tom (Mary) of Lafayette.  Brother Dave passed in 1994. He is also survived by all his kids and grandchildren, save Kale Galloway who passed in 2017.  The family will receive friends at Soller-Baker Lafayette Chapel, 400 Twyckenham Blvd. from 5 to 6 pm Monday August 3rd. Masks and social distancing will be observed.  A private family burial will be at Meadow View Cemetery with his beloved Carla at a later date.  In lieu of flowers, please consider a donation to Lafayette Area Catholic Schools foundation or a favorite charity of choice.