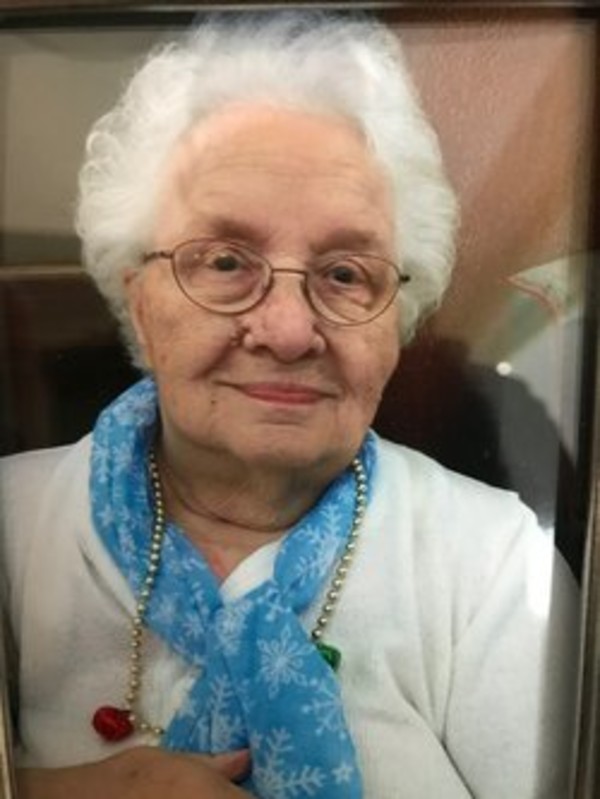 Pauline V. Anderson, 90, of Lafayette, passed away on Monday, February 12, 2018 at The Springs. She was surrounded by her husband and children.

Pauline was born August 9, 1927, in Ambia, Indiana to the late Condy and Maude Stephens Keith.  She has two brothers, Robert (Sally) Keith and Richard Keith, both of which survive. She also had one sister Anna Keith who preceded her in death.

Pauline graduated from Ambia High School in 1945.  After graduation, she moved to Lafayette and worked for Mitchell’s Abstract office.  During this time, she became pen pals with James Anderson who was in the Navy at the time.  They were married on May 4, 1947 at the Ambia Methodist Church.  They had a love that transcended time as they were married for over 70 years. She is survived by James.

Pauline worked in the Bursars office at Purdue University for 15 years and then as the Registrar for Lafayette Jefferson High School for 15  years, where she was well loved by the staff. She enjoyed her time a Jeff and found her connections with the staff and students very rewarding.

Pauline enjoyed life to the fullest.  She enjoyed arts and crafts and was often found in the activities center at The Springs making bracelets or enjoying a new hobby of painting, for which she showed amazing talent.  She also enjoyed games, especially bingo which she would play several times a day if allowed.  She would strive to win and would give many of her the gifts she won to her children, grandchildren, and especially to her great grandchildren.

The most importatnt thing to Pauline was her family.  She enjoyed spending time laughing and joking with her children, grandchildren, and great grandchildren.  Her love for them kept her going each and everyday.  She and James had three children, Paula (William) Conner, David Anderson, and Stephen (Betty) Anderson. They remember her as being a loving and kind mother.  She had 6 grandchildren, whom she loved greatly: Susanne (Keith) Baughman, Andrew (Amy) Conner, Joyanne (Larry) McKinney, Marianne (Scott) Rouse, Jessica (Justin) Maxson, and Aaron Anderson. The joy of her life were her 10 great grandchildren: Christian McKinney, Ashlea Baughman, Nathan McKinney, Sara Rouse, Cortni Baughman, William Lloyd, Elizabeth McKinney, Chase Maxson, Isaiah Conner, and Reid Maxson.  Their greatest memory of GG, as they called her, was her smile and laugh as they would joke and tease wth her.  They would often bring her to tears of joy and laughter.

Visitation will be from 12:00 pm until the time of the service at 2:00 pm on Tuesday, February 20, 2018, at Soller-Baker Lafayette Chapel, 400 Twyckenham Blvd., Rev. Dr. Rachel Metheny officiating.  Entombment will be at Rest Haven Memorial Park in Lafayette.

Memorial Contributions may be made to Susan Komen for the Cure in Pauline’s memory.