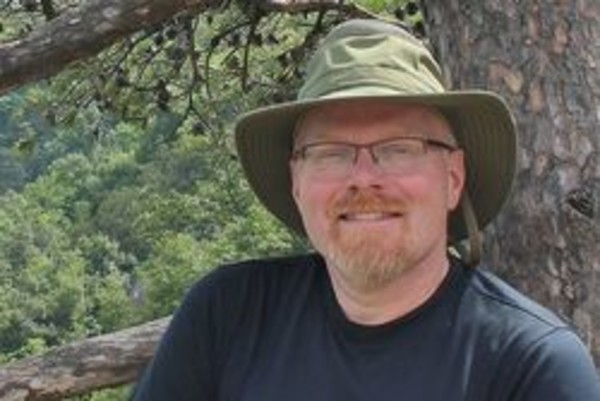 Paul Wayne Birkhimer, 51, passed away peacefully at home surrounded by family on August 6, 2015. Although his battle with pancreatic cancer was short, he fought with positivity, humor, grace and faith. Paul was born on March 4, 1964 to Ron and Louise Martin Birkhimer in Johnstown, PA. Growing up, he was involved in Scouting, Band, and his Church Youth Group. He earned his Eagle Scout before graduating from Greater Johnstown High School in 1982. He went on to attend the Indiana University of Pennsylvania, earning his Bachelors in Communications in 1986. Paul began his career in radio including stints in PA, WV, MN, and IN. One of his most memorable positions was as Scooter Raines', weather man and morning drive host, for WGLU-92 in Johnstown. He met his wife, Suzanne Zurn, at a radio event and they were married July 2, 1994 in Minneapolis, MN. They moved to West Lafayette, IN in 1997 to pursue their graduate degrees. Paul earned his Masters in College Student Personnel from Purdue University in 2008. He became an Academic Advisor first at Ivy Tech Community College and then at Purdue University. Paul enjoyed craft beer, photography, music, outdoor activities, and the Pittsburgh Steelers. He was dedicated to the goals of scouting and lived the creed daily. He served a 5-year term as Cub Master for Pack 3337 and several years as Eagle Scout Advisor for Boy Scout Troop 335. He found great joy in guiding several young men, including his son Nick, to the ultimate goal of Eagle. He was also an active member of the Church of the Blessed Sacrament serving as a lecture. Paul's greatest joy was spending time with his family. They foraged many memories travelling the country to enjoy God's beautiful landscape. Paul and his son enjoyed camping trips in the Boundary Waters Canoe Area Wilderness and the Philmont Scout Ranch. Surviving with his wife and parents are two sons, Nick (19) and Jack (14), his sister Karen Slenska (husband John) of Pittsburgh, PA, brother Karl Chuck' Birkhimer of Johnstown, PA, mother-in-law Shirley Zurn of Nevis, MN, 5 nieces, 6 nephews, and many loving aunts, uncles and cousins. Visitation will be held from 5:00 until 8:00 pm with a Celebration of Life Service at 7:30 pm Sunday, August 9, 2015 at Soller-Baker Lafayette Chapel 400 Twyckenham Blvd. Lafayette, IN 47909 with a Memorial Mass of Christian Burial at 9:00 am Monday, August 10, 2015 at the Church of the Blessed Sacrament with Fr. Ted Dudzinski officiating. Burial will be at a later date in northern Minnesota. Memorial contributions will be used to establish a scouting scholarship in Paul's name.