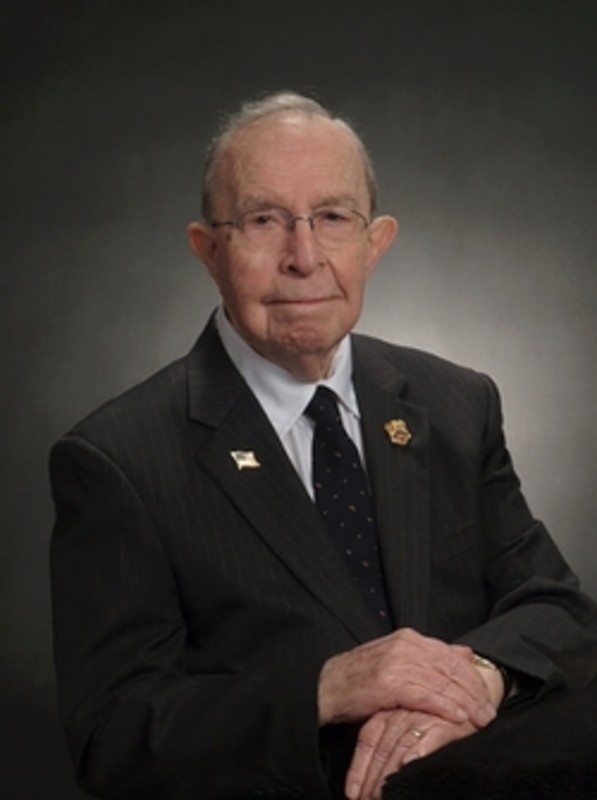 Paul Marks, 94, of Lafayette, IN, died at 8:40 PM Wednesday February 13, 2013, at Creasy Springs Health Campus. He was born June 5, 1918, in Clinton County, IN, to the late John W. and Jennie C. Albright Marks. He served in the United States Army as a Staff Sgt. with C Battery 83rd Field Artillary Battalion from September 30, 1941, to September 25, 1945, in all four Campaigns, Normandy, Northern France, Rhineland, Central Europe. Mr. Marks received a bronze star for valor and other decorations and citations while in the service. He graduated from Colfax High School class of 1935. On July 17, 1943, he married Ruth Winters in Oklahoma City, OK, and she passed away in October 8, 2007. Mr. Marks worked for International Harvester as a partsman from 1946 to 1957 and was US Postmaster in Clarks Hill from 1957 to 1978. He retired in 1983. He was a member of Elmwood Church of Christ. Mr. Marks was an avid Purdue Sports fan having been an usher at the football games for several seasons and enjoyed the craft of burning pictures into wood. His most enjoyment was the time spent with his family and friends. He will be missed by all who knew him. Surviving are children, Melvin Marks wife Frankie, Goose Creek, SC, Marcia Lamb husband Roger, Boston, MA, John Marks wife Sherry, Lafayette, Terri Schocke husband Terry, Ely, MN, Vicki Steenhoek husband Tim, Austell, GA; sister, Pauline Ducker, Murfreesboro,TN; 10 grandchildren; 12 great-grandchildren. Visitation will be 5PM-8PM Sunday, February 17, 2013, at Soller-Baker Lafayette Chapel. Funeral service 2PM Monday at Soller-Baker Lafayette Chapel. Officiating will be Family members – Roger and Michael Lamb. Burial will be at Plainview Cemetery, Colfax, IN . Preceded in death by Parents, John & Jennie Albright Marks; brothers, Richard Marks, John W. Marks II; sisters, Lucille Keyes, Bernice Dukes, Mildred Marks. Those wishing may contribute to the charity