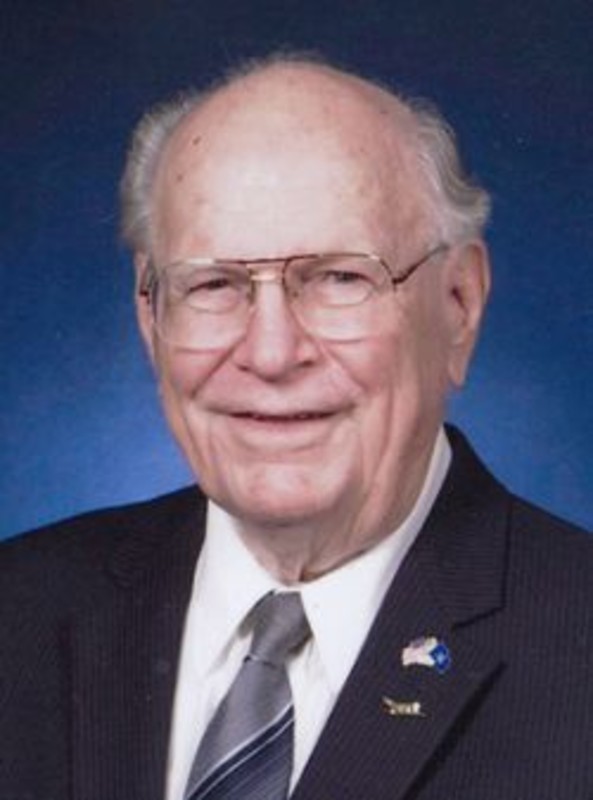 Paul L Van Cleef, Lieutenant Colonel, USAF (Ret.), died May 3, 2014 at St. Mary's Healthcare, Lafayette, IN. He was born April 6, 1921 in Salina, KS. He graduated from Salina High School, where he was the captain of the football team. Early on, he worked for the Union Pacific Railroad and attended the Brown Mackie School of Business, Salina, KS. Later, he graduated from the University of Maryland with a degree in Military Science. He joined the US Army Air Corps in 1942 and served two years of combat in WW II as a P-47 Fighter Pilot in the European Theater of Operations (ETO). Flying 110 combat missions, he received the Distinguished Flying Cross, Air Medal with 16 oak leaf clusters, ETO ribbon with six battle stars, Belgian Croix de Guerre (2), Belgian Fourragere and the WW II Victory Medal with six battle stars. After the war, he remained in the Air Force until retirement as a Lieutenant Colonel in 1971. Among his assignments was four years at the Purdue University AFROTC detachment as Executive Officer and Instructor. He and Dorothy settled in Lafayette in 1972. He was very active in the community and with the Hell Hawks Association, his WWII fighter group. In 1991, he was recognized as a Chieftain in the Council of the Sagamore of the Wabash by Governor Evan Bayh. He was a member of Grace United Methodist Church; the P-47 Pilots Association; Sycamore Council of Girl Scouts (treasurer and president); Lafayette Lions Club; Lafayette Symphony Orchestra (Board president, business manager, treasurer and French horn player); and Long Center Organ Society (treasurer). He is survived by his wife of 70 years, Dorothy L Wells, and four children: Martha Van Cleef of San Rafael, CA; Sharon Van Cleef of Columbus, OH; Joyce Van Cleef of Lafayette, IN; and Scott (wife Barbara) Van Cleef of Fincastle, VA. Also surviving are six grandchildren and eleven great grandchildren. He was preceded in death by his parents: Virgil and Martha Van Cleef of Salina, KS; brothers Albert Van Cleef of Virginia; Earl and Glen Van Cleef of Salina, KS; and sister Florence Hindman of Junction City, KS. A celebration of his life will be held on Monday, May 12th at Soller-Baker Funeral Home, 400 Twyckenham Blvd, Lafayette. Visitation with the family will be at 1:00 pm, with the service following at 2:00 pm. Burial, with military honors, will be at the Roselawn Cemetery, Salina, KS on Thursday, May 15th at 2:00 pm. The family requests no flowers. Donations may be made to Grace United Methodist Church, the Lafayette Symphony Orchestra or a charity of your choice.