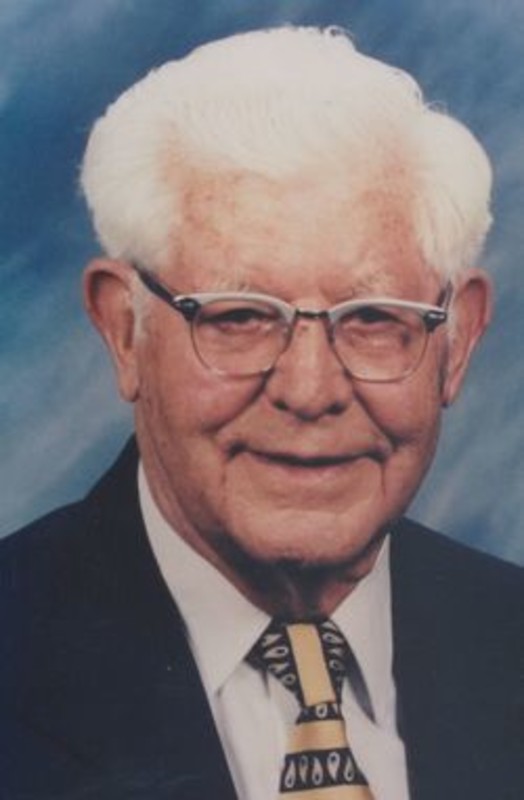 Paul D. Ewan passed away on February 25 at the age of 100. Raised in Jeffersonville, Paul was a graduate of Indiana University and Indiana University School of Law, earning his BA in 1935 and his JD in 1937. While at IU he was a member of Phi Delta Phi legal honor society and the IU Law Journal. It was at IU that he met his future wife, the former Dorothy Brookbank, whom he married in 1938. She preceded him in death in 1995. Following graduation from IU Paul worked as a claims agent for the CI&L Railway in Lafayette before serving in the US Army Air Corps during World War II. He attained the rank of lieutenant colonel. In 1946 he entered private practice in Lafayette and served as Tippecanoe County deputy prosecutor from 1946-1948, Lafayette city attorney from 1951-1954, and judge of the Tippecanoe County Circuit Court from 1954-1959, after which time he returned to private practice with the firm of Schultz Ewan and Burns until his retirement in 1983. He served on the county selective service board, Sheriff's Merit Board, board of the Indiana Department of Natural Resources and was the attorney for the Tippecanoe County School Corporation. He was a member of American Legion Post 11, Masonic Lodge 123 and BPO Elks 143. He was named a Sagamore of the Wabash by Governor Matthew Welsh. He was a member of Trinity United Methodist Church where he was a member of the Challengers Sunday School class. He is survived by three daughters, Joyce Mallette (Malcolm) of Indianapolis, Kitty Curran of Asheville, NC and Mary Sonner (Ken) of Zionsville, three grandchildren and four great-grandchildren. He is also survived by his loving companion Maxine Webster of West Lafayette. The family wishes to express its thanks to Cumberland Pointe Health Center for their dedication and care. A memorial service will be held on Sunday, March 16 at 2:00 at Trinity United Methodist Church, 404 N. 6th Street. Following the service a reception and visitation will be held in the church parlor. In lieu of flowers memorial contributions may be made to Trinity United Methodist Church.