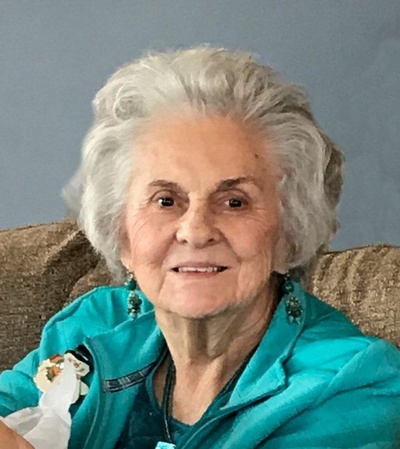 Patricia A. Beutler, 88, passed away on Wednesday, February 27, 2019 at IU Health Arnett Hospital.

She was born August 2, 1930, in Owen Township, Clinton County, to the late Raymond and Hallie (Brown) Salmon.

Patricia was advertising manager for the Frankfort Morning Times before moving to Crawfordsville and working for the Journal – Review. She then started work for Ben Hur Life Association and eventually became secretary to the president. Pat loved music and was organist and pianist for Crestview Community Church. She then moved to Lafayette and worked with her husband in the insurance business before retiring.

She was a member of Crestview Community Church and enjoyed music, antiques and flowers.

Patricia was preceded in death by two brothers, Weyman and James Salmon, and a sister, Marcia Needler.

Visitation will be from 10:00 am until the time of the service at 11:00 am on Tuesday, March 5, 2019 at Soller- Baker Funeral Home, 400 Twyckenham Blvd. Lafayette, IN 47909 with Pastor Thom Redmond officiating. Interment will be at Kilmore Cemetery, Kilmore, IN.

Those wishing may contribute in Patricia’s name to Crestview Community Church, 1400 Ortman Lane, Lafayette, IN 47909.