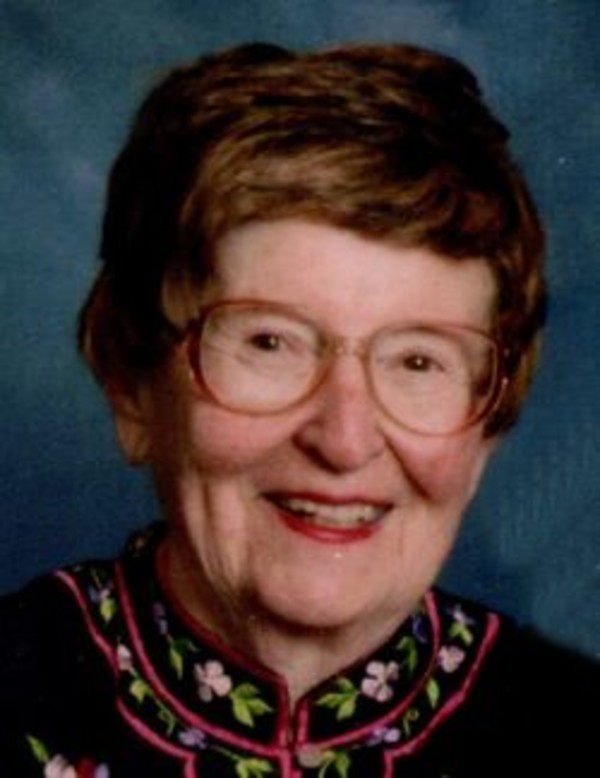 Norma Messmer Dirlam went to Heaven on December 9, 2017 at 1:45 at Westminster Village in West Lafayette, Indiana.  Norma Messmer Dirlam was born August 23, 1926 to Walther and Hedwig Messmer, German immigrants, in Indianapolis, Indiana.  Graduating from George Washington High School in 1946, she attended Butler University where she met James H. Dirlam.  She transferred to Indiana University in Bloomington to complete her BA in Education, and continued to learn including working toward her M.A. in Library Science.  She and James H. Dirlam were married on June 20, 1948.  While Jim completed dental school, Norma taught in the first integrated elementary school in Indianapolis.  Jim became a Colonel in the Air Force where he served as a dental officer.  Together, Jim and Norma made a home in San Antonio, England, Savannah, Philadelphia, Atlanta, San Antonio (again), the Philippines and Ohio.

Retiring to a small farm south of Lebanon, Indiana in 1970, Jim began teaching at the I.U. School of Dentistry.  Norma enjoyed a variety of church, farm and community activities.  She enjoyed cultures and people, making friends wherever she went.  She was well known for her friendly and cheerful spirit, greeting people with, “Hi friend.”  She had a radiant smile and enjoyed singing and music.  Norma was a devoted and loving wife, mother, and grandmother.  Norma and Jim were life-long companions who were married for 67 years before Jim passed away in 2016.  Norma was an active member in her Christian church wherever she lived.  Norma would say she loved God first, then Jim Dirlam.

The burial service will be Thursday, December 14, 2017 at Crown Hill Cemetery in Indianapolis at 1:00 pm with visitation with the family at 12:00 pm.  There will be a memorial service at St. Andrew United Methodist Church in West Lafayette on Saturday, December 16, 2017 at 11:00 am and visitation with the family at 10:00 am.  The family requests that any memorial contributions be made to the James. H. Dirlam scholarship fund at the I.U. School of Dentistry or to the St. Andrew United Methodist Church. You may sign the guest book and leave memories at www.soller-baker.com