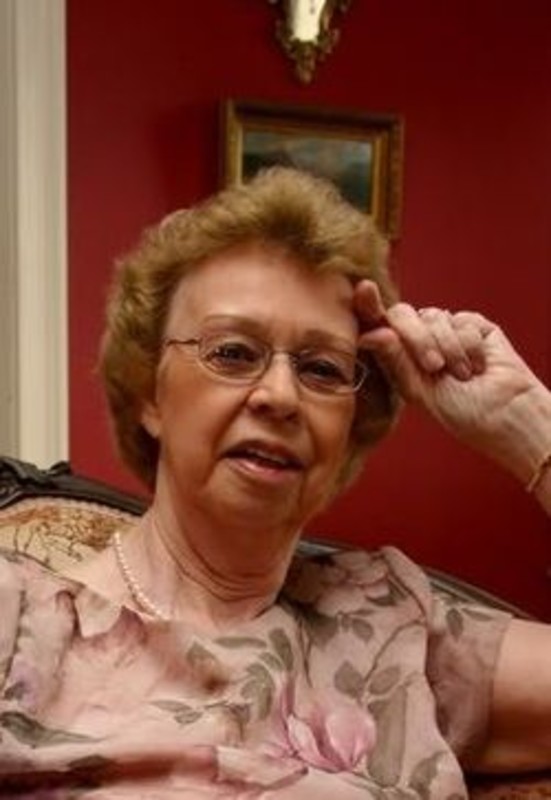 Norma L. Bearden-Washburn, age 88, of Lafayette, passed away Saturday, November 26, 2016 at 9:50 p.m. at Westminster Village Hospice in West Lafayette, Indiana. She had been ill for two weeks and seriously ill for four days. Mom was born February 24, 1928 on the Williams Ranch in New Underwood, South Dakota to Waunetta L. (Martin) and Norman W. Ghere. She was the granddaughter of Sylvia A. (Loveless) and Samuel J. Ghere of Clinton County, IN. She attended several schools in South Dakota including Rapid City and Deadwood. Mom had also attended school in Dayton, IN and graduated from Newport High School in Newport Beach, CA. She was in the band and played the clarinet. She often played the clarinet in the evening to her children just before marching us off to bed. After graduation, she worked for the General Telephone Company in Santa Ana, CA. She met and married Charles H. Bearden from Alabama on Nov. 27, 1947 in Santa Ana while he was in the Marines and stationed at the El Toro Air Base in Santa Ana. They had two daughters in California. After her husband was discharged from the service, they moved to Lafayette, where their son was born. Mom worked at several jobs including the telephone company and as a Western Union Telegram delivery driver before getting on at Purdue University in the telephone department where she retired after 25 years of service. She and her husband purchased and operated the Waynetown Bar and Grill in Montgomery County from 1974 until 1987. Her husband died from cancer Nov. 14, 1988. She was married again on July 19, 2003 in Deadwood, SD to Frank M. Washburn, with whom she had attended high school and later reunited in the early 90's. The reception for their wedding was held in the Four Aces Casino, which Frank and three friends built and later added a Hampton Inn. Mom was instrumental in helping to design the rooms, selecting colors and patterns, creating the menu for the casino buffet, and even provided some of her own recipes for the dishes. She provided the recipes for almost all of the food served at the wedding reception. Mom was a great cook and thankfully her joy of cooking rubbed off on her daughters and many of her grandchildren. Mom and Frank enjoyed traveling and visited Hawaii, Alaska, the Canadian Rockies and New England, as well as visiting with her children's families in Indiana and Florida. She and Frank purchased a winter home in Florida in 2012 to escape the cold winters in Rapid City. Frank passed away from cancer Jan. 8, 2014 in Florida. She had a home built in Lafayette last year where she stayed during the summer, then would return to Florida for the winter. Mom's hobbies, other than traveling, were gardening, cooking, sewing and shopping. Mom always enjoyed trying out new recipes and tweaking them with other ingredients to make them her own. Mom was also a great seamstress. She made the bride's wedding dress and several of the bridesmaid dresses when her son was married in 1971. For the past few years she had been making quilts and trying to get one made for all her children and grandchildren. She had several in the works when she passed. Mom could sew anything and had an eye for design, detail and color. Mom was also an avid Purdue fan. She liked football but loved basketball. If there was a Purdue game on, you could be sure she was watching it – and don't call unless it was half-time. She got to where she was a fan of all college basketball. She was an expert on who was injured and would not be playing, what teams had played each other and won or lost, who the best coaches were, etc. Ask her any question about any team and she could answer it. While still living in South Dakota, she would enter the NCAA Basketball Pool and make her selections as to who was going to win or lose. After winning the pool three years in a row, she was banned from. The rest of the members were all men and they did not like a woman beating them out. Even her grandkids would call her and ask what her selections were so they might stand a chance of winning. She thoroughly enjoyed the fact that an 'old' woman knew her stuff when it came to basketball! In her younger years, Mom had been a Cub Scout Den mother, a 4-H leader, involved with Cancer Telethons, PTA , the Democratic Political Party, and many other organizations. She was a long-time member of Stidham Methodist Church. She was a civic-minded person and believed in everyone doing their part to make the world a better place to live. She also taught her children how to take care of themselves and help other people who were less fortunate. She was a good mother and a good role model. Mom is survived by: her three children, Cheryl Fenters (Michael) of Lafayette, Tanya Rogers (Roy) of Orlando, Florida and Ron Bearden (Debbie) of Lafayette; 11 grandchildren, Carol Larson (Charles) of Lafayette, Stefani Roach (David) of Mulvane, KS, Michael Fenters (Brandy) of Dayton, Jeffrey Rogers (Sophia), Bryan Rogers (Kelly), Troy Rogers (Linnea) and Bradley Rogers all of Orlando, Fl, Corey Bearden (Meghan) and Chris Bearden (Steffany) of Lafayette, Casey Bearden of Hollywood, FL, and Dr. Cody Bearden (Kristen) of Kalamazoo, MI; 14 great-grandchildren and step-grandchildren, Lyndsay Larson Kelley (Tim), Adam Larson, Eian and Elias Roach, Brittany Phillips, Paige Fenters, Gabriel and Desiree Thompson, Victori “Tori” Cruz, Isabella Rogers, Raelyn and Colton Rogers, Greyson and Annastyn Rogers, Caleb Rogers, Bradyn and Brenna Bearden and Charlotte Bearden; a brother, David P. Ghere of Lafayette, LA; one half-brother, Daniel Ghere and two half-sisters, Debra Sandler (Lon) and Sandra Lusk, all of Washington. She was preceded in death by her parents; step-father, James A. Lucey; step-mother, Anna M. Beaber; and half-sister, Evelyn Henrikson.

Arrangements by Soller-Baker Funeral Home, Twyckenham Blvd., Lafayette. Visitation will be held Tuesday, Nov. 29 at Soller-Baker Lafayette Chapel from 5-8 p.m.  Eulogy and services to be held at Soller-Baker Lafayette Chapel on Wed., Nov 30 at 10 a.m. A visitation is planned in Rapid City, SD for Saturday, Dec. 3 at 10 a.m. at Osheim & Schmidt Funeral Home with funeral services following at noon. Burial will follow in Pine Lawn Memorial Park mausoleum beside her husband, Frank, in Rapid City. In lieu of flowers, the family requests memorial donations be made to the American Cancer Society.