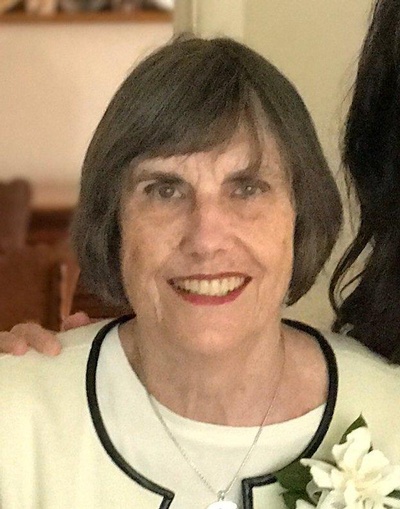 Nila Sue Schilling, 83, died suddenly on January 15, 2019 at IU Methodist Hospital in Indianapolis. Nila was born September 5, 1935 in Marion, Indiana as the first child of the late Howard Lemuel and Ellen Jane (McDowell) Fox.   Nila graduated from Marion High School in 1953, and was awarded a Bachelor of Science Degree in Elementary Education from Indiana University in 1957.

Nila’s first priority was to become a mother and to create a warm and nurturing environment in which her children and grandchildren could mature, develop a strong faith and realize their full potential as adults. Nila shared her passion and gift for teaching and counseling- initially as an Elementary School teacher in the Village of Santa Rita, Guam and the cities of Columbus, Ohio and Ft Wayne, Indiana and intermittently thereafter as she fulfilled her role as a mother.

Nila was a lifelong Member of the First Christian Church in Marion, Ft Wayne and Lafayette, Indiana and served in a number of Christian Education roles. Nila was well known for her warmth, kindness, and her ability to relate to all – she was friend and confidant of many.   Nila was also an active member of Tri Kappa and Alpha Phi Sorority and participated in/directed multiple community service projects associated with each organization.

Visitation is scheduled from 10:00 am until the time of the service at 12:00 pm on Saturday, February 2, 2019 at Soller-Baker Lafayette Chapel, 400 Twyckenham Blvd. Lafayette, IN 47909 with Rev. Dr. Brian Nelson officiating. Burial will take place at Converse I.O.O. F. Cemetery in Converse, Indiana at a later date.

In lieu of flowers contributions can be made in Nila’s name to First Christian Church, Lafayette, Indiana and Ronald McDonald House Charities of Central Indiana.