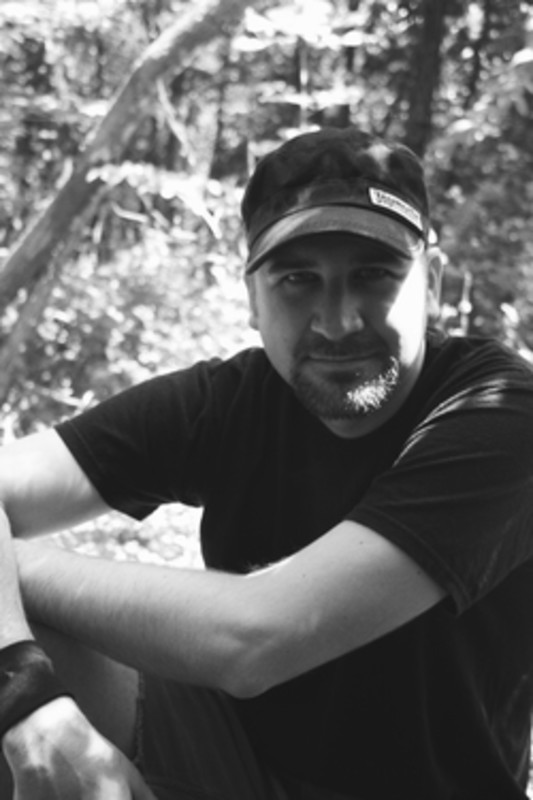 Lafayette – Nathan Gabriel Malher, son of Pattie A. Hall (husband Lynn) and Larry S. Malher (wife Brenda), brother of Josh S. Malher (wife Jessica) of Crown Point; Zach C. McKinney (wife Jessica); Josh R. Hall (wife Tracey); Matt L. Malher (partner Taryn) of Bloomington; and Cindy Heide (partner Ray) of Minnesota, lived in the middle, basking in the moments between December 3, 1975 and April 4, 2015. The beginning and the end are of no consequence – as the days within the bounds of his life were the sounds of his being. Born with a passion for music, Nathan (or “Ninja” as the members of his band 'The Mound Builders' fondly referred to him) found solace in chords and strings; the guitar his beacon, guiding him in times of joy, sorrow, simplicity, and revelry. Some might say that Nathan met his match in Jennifer L., his “wifey,” his forever valentine, his muse. Nathan and Jennifer began their courtship in 2001, and have spent the last 14 years going tte-a-tte in a romantic battle of wits and whimsy. Nathan had a fondness for nature (although a Boy Scout he was not!), and found his center in the warm embrace of the sunlight; his vacations with Jennifer were frequently spent on the beach, together as one, collecting memories, meaning, and beginnings. Always one to compose and create, his children were his opus: Maxwell Gabriel “Bean” and Asher Nathaniel “Sweet Pickles.” Nathan was meant to be a father – patient, kind, and devoted. His adoration for his sons can only be defined in terms of “no matter what,” for Nathan loved his boys unconditionally and unequivocally, often lying awake at night, counting the blessings that took the form of his two children. A connoisseur of nutcrackers, a baby-wearing extraordinaire, a compassionate protector of creatures big and small, Nathan lived as he loved – fully, completely, and loyally, and will forever be carried in the hearts of all those he undoubtedly touched; blissfully smiling and dancing with the daffodils. Nathan was the Regional IT Director for St. Elizabeth Healthcare, being employed by Franciscan Alliance beginning in October 2002. Nathan enjoyed his work, but was intent of keeping the workplace fun by playing practical jokes, and riveting rounds of “muffin ball” with his co-workers. Visitation will be held from 2:00-4:00pm Friday, April 10, 2015 at Soller-Baker Lafayette Chapel, 400 Twyckenham Blvd. Memorial service will be 4:00 pm Friday at Soller-Baker Lafayette Chapel. A celebration of Nathan's life will immediately follow the memorial service at St. James Fellowship Hall, 800 Cincinnati Street, Lafayette. Come as you are; jeans, suit, shorts, or tux, for Nathan would want nothing more. If you so wish, in-lieu of flowers, memorial contributions may go to the United Way of Greater Lafayette. In keeping Nathan's moments alive, we are asking that family, friends, and loved ones come bearing a favorite memory of Nathan, written or typed, to be compiled in a book that will be given to Max and Asher.