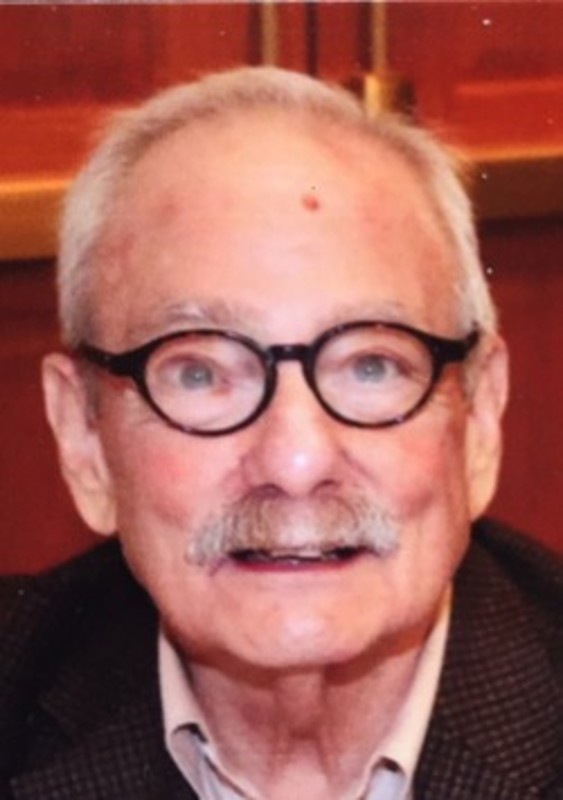 Frank (Nick) Soodek of Lafayette died on May 5, 2018. Nick was born May 9, 1942, in New Brighton, PA, to the late Vivian Soodek Barr and I. L. Soodek.He was raised in Cincinnati, OH, where he graduated from Walnut Hills High School.  He earned a BBA degree in Accounting from The University of Cincinnati.  Having worked in his grandfather’s men’s clothing store throughout high school, retailing was his great love.  After college, he entered the executive training program at Shillito’s the local Federated Department Store (now Macy’s), becoming Budget Dress Buyer.

Eventually, he was offered the Moderate Dress Buyer’s job at Chas. V. Weise Co. in Rockford, IL.  While at Weise’s, he bought or merchandised all dress departments, ladies’ coats, large sizes, better sportswear and the bridal department.

One Thursday, in l983, he was at home for the beginning of a long weekend when his wife, Kitty, whom he had married in 1966, suffered a severe stroke, leaving her dyslexic and partially paralyzed.  Nick decided that he had to find work that required no travel to take care of her.

He then became a Realtor with Merrill Lynch Realty.  After Kitty’s death, Nick was put in touch with his high school girlfriend, Barbara Groshoff Weingart, who was newly single and teaching at Purdue.  Nick moved to Lafayette and joined FC Tucker Realty.  In 1997, he and Barbara were married.  In Lafayette, Nick was active in Dancing in the Streets, The Wabash Valley Trust for Historic Preservation, where he served as president for one year, and the Modern Committee of Indiana Landmarks.  He was also president of Potter Hollow Neighborhood Organization for many years and a board member of WALLA (Wabash Area Lifetime Learning Association).  After retiring from FC Tucker, Nick worked in the Men’s Suit Department at JC Penney, which he dearly loved, as long as his feet could take it.

At Nick’s request there will be no memorial service.  There are, however, many good memories to cherish.  A celebration of life will be held at the Soodek home, 1128 Westridge Circle, Lafayette, on Sunday, May 13, 2018, from 1:00 – 3:00 PM.  Cremation has already taken place.  Memorials to Natalie’s Second Chance or Planned Parenthood would be appreciated.