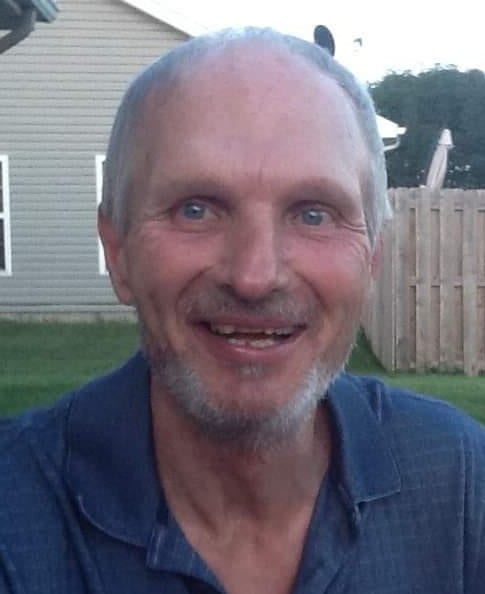 Marvin “Bo” Jackson Foster II, 64, of West Lafayette, Ind., died on January 12, 2020, probably in Lafayette, Ind. He was in an ambulance on the way to the hospital sometime around midnight, and we aren’t sure when or where he was when he went to be with Jesus. Recently, he had been hospitalized for complications due to having a diseased lung.

Bo was born on March 3, 1955 in Honolulu, Hawaii to Marvin J. Foster and Pauline (Bednar) Foster Sutton. He grew up in Kansas City, Kan. and attended St. Benedict School through 8th grade. He was a 1973 graduate of Bishop Ward High School in Kansas City, Kan. He credits the Catholic schools for keeping him (mostly) out of jail.

He served in the United States Army and was stationed in Germany. His favorite memories from the Army involve the life-long friends he made there, the stadium concerts he saw on leave, and getting the hell out of the Army. He was honorably discharged.

He married the love of his life and best friend, Susan Allen, in 1984. He worked a variety of jobs, including servicing air-conditioning and refrigeration. His most challenging role was when he was a stay-at-home dad. His girls are grateful for his sacrifice and support.

Bo enjoyed serving as an usher at St. Ann’s in Lafayette, and often had a joke or comment for everyone entering the door.

He had wild stories to tell, and the strangest ones were true. He used swear words as punctuation, and struck up conversations with anyone who cared to participate (and sometimes with those who’d rather not).

Bo was exceptionally strong for such a tall, skinny guy. He could pick up heavy, unwieldy objects and put them where they needed to go. He was talented at baseball, a strong swimmer, loved when he had opportunities to go sailing, and played a great game of pool.

Bo was preceded in death by his parents; and by his siblings, Joe Foster and Judy Foster. He is survived by his wife, Susan Foster; his daughters, Kacie (Shane) Axsom and Julie (Chris) Geissler; three grandchildren; his mother-in-law Sue Allen; and sisters-in-law Sheryl Martin and Stacy (Bob) Eakins.

He loved his family dearly, and he will be missed.

Visitation will be at 10 a.m. January 16 at St. Ann Church and Shrine, Lafayette, Ind. Funeral mass at 11 a.m. with Fr. Dominic G. Young officiating. Burial to follow at Grand View cemetery in West Lafayette. Soller-Baker is entrusted with arrangements.

Bo enjoyed passing out meals for Thanksgiving at St. Ann’s Matthew 25 soup kitchen in Lafayette, and we think he’d like it if friends made memorial contributions there. You may sign the guestbook and leave condolences for the family by visiting www.soller-baker.com