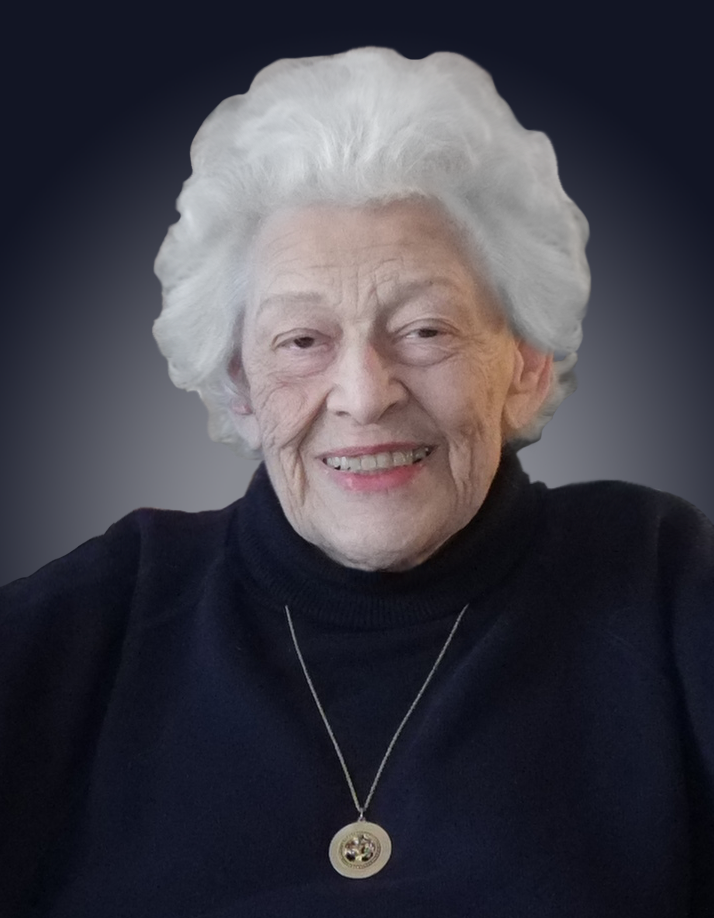 Miriam “Mir” Schreck died at her home in Traverse City, Michigan on Sunday, December 1, 2019 at the age of 94. Miriam was born to the late Emil and Alma (Schurman) Schnaible of Lafayette, Indiana on February 15, 1925. She grew up in Lafayette and attended St. James Lutheran School and Jefferson High School. She graduated from Purdue University with a Pharmacy degree in 1947.

Miriam met Edwin “Ed” Schreck while both were attending Purdue. They were married on April 24, 1948 at St. James Lutheran Church in Lafayette. Mir and Ed lived in Detroit and then Birmingham, Michigan until August 1972 when they moved to Traverse City, Michigan. Mir and Ed successfully raised their four children and were married until Ed’s death in August 1992.

Mir was an active volunteer and made significant contributions to a number of organizations. She was an active member of the Lutheran Church of the Redeemer’s Women’s Society. In Traverse City, she was a longtime contributor to the Munson Medical Center Auxiliary. She also participated in the Traverse City chapter of the Valparaiso University Guild, whose mission was to promote Lutheran higher education and provide leadership opportunities for women throughout its ranks.

In addition to raising her four children and doing lots of volunteer work, Mir enjoyed sports and followed her favorite teams and individuals and the favorites of family members. For many years, she and her sisters, Mary and Eleanor, had weekly phone calls that kept them and their families connected. In recent years, she particularly enjoyed planning and hosting an annual extended family reunion in Traverse City.

She was preceded in death by her husband Edwin, three sisters and a brother; Mary Lottes, Alma Hopwood, Frederick Schnaible, and Eleanor Hooker.