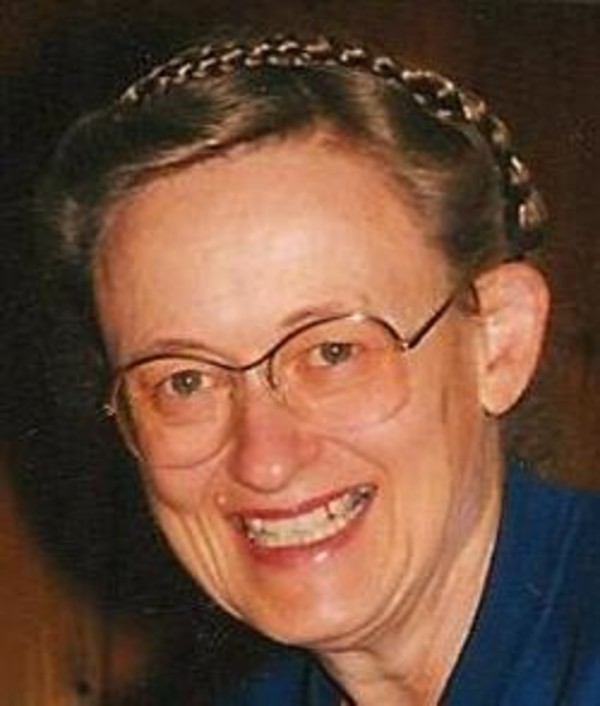 Mimi Agatha Hathaway Robinson, 83, of West Lafayette, passed away on August 17, 2014 at Seton Specialty Hospital. Mimi was born on May 16, 1931 in Wichita, Kansas, the daughter of the late Henry Cook and Agnes Smith Hathaway. Her father, Henry, died before she was born. The family moved from Topeka, KS to Silver Spring, MD, for several years during WWII (1941-1945) and then back to Oxford, KS. Agnes, Mimi, and her sister, Connie, ran a weekly newspaper in Oxford during her high school years. Mimi graduated from Oxford High School in 1949 and married Farrel Richard Robinson from nearby South Haven, KS on June 5, 1949. Known by his middle name, Richard was a veterinarian and a career officer in the US Air Force. The Air Force stationed Richard and Mimi at a variety of locations including South Dakota, where Mimi graduated from South Dakota State University, Kansas, Georgia, Texas, California, Ohio, and Washington DC. After retiring from the Air Force he and Mimi moved to West Lafayette, Indiana in 1974. Richard became a professor at the Purdue University School of Veterinary Medicine. Mimi was very active in the Veterinary Wives Club at Purdue and in the community for many years serving as a Red Cross First Aid and CPR instructor, and volunteering as a docent at the Tippecanoe Battlefield. She and Richard also enjoyed travelling the world through his position as pathologist and Director of the Animal Disease Diagnostic Lab at the Purdue Vet School. They were members of the First United Methodist Church. Surviving are her sons, Farrel Richard “Ric” (married to Sandy) Robinson Jr. of Seattle, Washington, Kelly Stephen (Marsha) Robinson of Fairport, New York, Eric Scott (Lisa) Robinson of Gilmanton, New Hampshire, and Brian Anthony (Danielle) Robinson of Zionsville, Indiana. She is also survived by her 11 grandchildren – Nate, Emma, Meryn, Gillian, Ross, Calvin, Ella, Lily, Finn, Maryjane, and Suzannah. Also surviving is her sister and best friend, Connie Green of West Lafayette. She was preceded in death by her husband, Richard in August 2005. Memorial visitation 2-4:00 pm Sunday, September 14, 2014 at Soller-Baker West Lafayette Chapel, 1184 Sagamore Parkway W., West Lafayette, IN 47906 with the memorial service beginning at 4:00 pm officiated by Pastor Terry Brammer. The family suggests memorial contributions be made in Mimi's memory to the Tippecanoe County Historical Association.