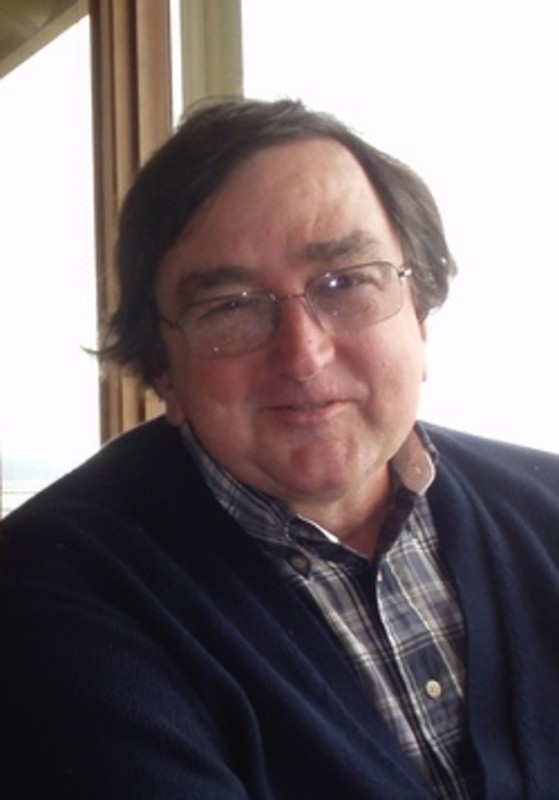 Michael W. Watts, 64, of West Lafayette, Indiana, died unexpectedly on December 5, 2014, on the island of Antigua while vacationing in the Caribbean with his wife. He was born on November 3, 1950, in Medicine Lodge, Kansas, the only child of Lois Anthony and Victor Wayne Watts. He lived on their wheat farm in the gypsum red hills of Kansas until he was six years old and attended a one room schoolhouse. After several years of drought, his father gave up farming and moved his family to Kenner, Louisiana, where Mike grew up, learned to play the trombone, and played in bands and Mardi Gras parades. He graduated from East Jefferson High School in Metairie in 1968 and then went up the road to Baton Rouge, attending Louisiana State University, the first in his family to go to college, and earned his B.S., M.S., and Ph.D in Economics in 1978. He taught at IUPUI for several years before joining the faculty of the Krannert School of Management at Purdue University in 1981. He had planned to continue teaching for several more years and was determined to have that one last sabbatical. Mike's academic accomplishments were many: he authored 77 scholarly articles in academic journals, served as the Editor of the Journal of Economic Education, won numerous awards for his teaching, and was invited to share results of his research at universities and institutions around the world. He was particularly passionate about the teaching of Economics. This passion led him to accept the role of Director of the Purdue Center for Economic Education (PCEE), a position he held since 1984. The Center's charge is to help teachers incorporate economic thinking into elementary, middle and secondary school classrooms, as well as to promote economic literacy across Indiana. Under Mike's leadership, PCEE was recently named recipient of the 2014 Peter V. Harrington Award – a distinction reserved for the top Indiana Center for Economic Education. He made scores of trips to Russia, Ukraine, and other countries of the former Soviet Union teaching about market economics and training new Center Directors who would in turn set up their own teacher training programs. His impact truly circled the world. He mentored many graduate students at Purdue who went on to become wonderful teachers, researchers, and colleagues. Mike saw economics in everything, a quality best revealed in his book, The Literary Book of Economics, and in his most recent work focusing on economics and art. He had made great progress on that project, producing a website with thousands of paintings and related economics concepts, which he made freely available to teachers. Sadly he wasn't able to complete that project and write the companion book that was supposed to be, as he said, his “swan song.” Mike was a prolific reader, knew a song about everything, and would sing it whether you wanted him to or not, messed around at playing the piano, and rooted for LSU, Purdue, the Pacers and Saints, and the Packers if they weren't playing the Colts, Drew Brees or one of the Manning brothers. He never stopped missing his Dad, Mom, and kids. He is survived by his wife of 15 years, Deirdre Watts, West Lafayette, IN; two sons, Jonathan and Matthew, Lafayette, IN; two stepsons, Mark Puestohl, South Bend, IN, and Nick Puestohl, Oshkosh, WI; his aunts, Irene Umbach and Evelyn Cleveland, Hammond, LA; his uncle Earl (Norma) Anthony, Sterling, KS; his aunt Velma Anthony, Pratt, KS; his mother-in-law, Constance Berner, Oshkosh, WI; his first wife, Julie Bolotte Butler; and Deirdre's brothers and sister, David (Paulette) Korsmo, Willmar, MN; Paul Korsmo (Karen Tsao), Seattle, WA; Diane (Mehdi) Mohammadian, Oshkosh, WI; Alan Berner (Lori Zahler), Snohomish, WA; John Berner, Oshkosh, WI; by many beloved cousins, nieces, nephews, friends and colleagues, and by his dog, Bug. He was preceded in death by his parents, Lois and Wayne Watts; his uncles, Dean Anthony, Royce Umbach, Don Cleveland, and Bob Watts; his aunt Mollie Watts, and his father-in-law, Robert Berner. His death was unexpected and heartbreaking, but the setting was beautiful and if he could have chosen a place to die, it might have been just that spot on Green Island beach with the notes of the steel drums playing in his ears. A memorial service will take place on Friday, December 19, 2014, at Soller-Baker Funeral Chapel in West Lafayette, IN, 1184 Sagamore Pkwy W. Visitation with the family will be from 2:00-4:00 p.m., followed by a service at 4:00. His remains will be buried in Attica, Kansas, at a later date. Memorial contributions may be made to the Michael W. Watts Scholarship for Excellence in Economics in the Krannert School of Management at Purdue University. Checks may be made payable to Purdue Foundation and sent to the Dauch Alumni Center, 403 West Wood Street, West Lafayette, IN, 47907. Please indicate the Watts Scholarship for Excellence in Economics in the memo field. Or to the Book Cycle program, providing books to low-income children at Lafayette area child care centers by sending checks made out to Bauer Family Resources (Book Cycle in memo line) to Mary Springer, Treasurer, 4686 State Road 28 E., Lafayette, 47909.