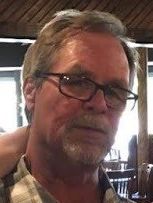 A trusted friend, loving Father, and even more loving Grandfather, Michael Ferguson passed away yesterday from heart failure at the age of 65. He would want you to take peace in knowing that the very last thing he did on this earth was one of his favorite activities – walking his dog and loyal buddy Stormin’ Norman.
Mike was born in Roswell, NM, to William and Bettie Ferguson. As a military brat he and his five siblings traveled the US and Japan in their youth, finally landing back to Lafayette where he Graduated from Jeff High School in 1972. Following that he started his military service in the United States Marine Corps, where he served as a Radio Mechanic earning a Rifle Sharpshooter certification and a Good Conduct Medal; he was honorably discharged as a Corporal in 1979.
Mike was a highly skilled Instrument Tech at Eli Lilly Tippecanoe Labs, and Later Evonik Starting in 1988. He achieved many certifications throughout his career and took great pride in his work and attention to detail. He was a master troubleshooter and a skilled craftsman who took time to teach others his craft.
He raised three sons Michael Britton (Jessica), James Britton (Erin), and Matthew Ferguson (Stephanie). He was a caring, loving, and supporting father and grandfather. Mike was always there in a time of need, always willing to lend a hand not only to family but friends and strangers alike. He was very generous in every sense of the world. He loved to entertain, be with his family, watch Purdue Football and Basketball, the Chicago Cubs, and all the Dogs and Cats he has rescued over the years.
His core values were honesty, integrity, generosity, and hard work. He actively lived his life by those principals and derived his joy from the joy he brought to others.
He is survived by his siblings, Debbie Holst, Pam Ferguson, William Carson Ferguson, Diane Cox, and Rob Ferguson. His Sons Michael Britton (Jessica), James Britton (Erin), and Matthew Ferguson (Stephanie), his 14 Grandchildren Annabelle, Madeline, Asher, Owen, Amelia, Oliver, Amos, Simeon, Hazel, Aidan, Maeve, Freya, Jack, and Luke. He is also survived by his dog Stormin’ Norman, cat Gibbs, and many nieces, nephews, cousins, coworkers, and friends whose lives he forever impacted.
Visitation will be Friday December 6, 2019 from 5pm-8pm Soller-Baker Lafayette Chapel. Mass Saturday December 7, 2019 1:00PM at Church of the Blessed Sacrament, West Lafayette, Fr. Ted Dudzinski officiating. Burial at Tippecanoe Memory Gardens West Lafayette.