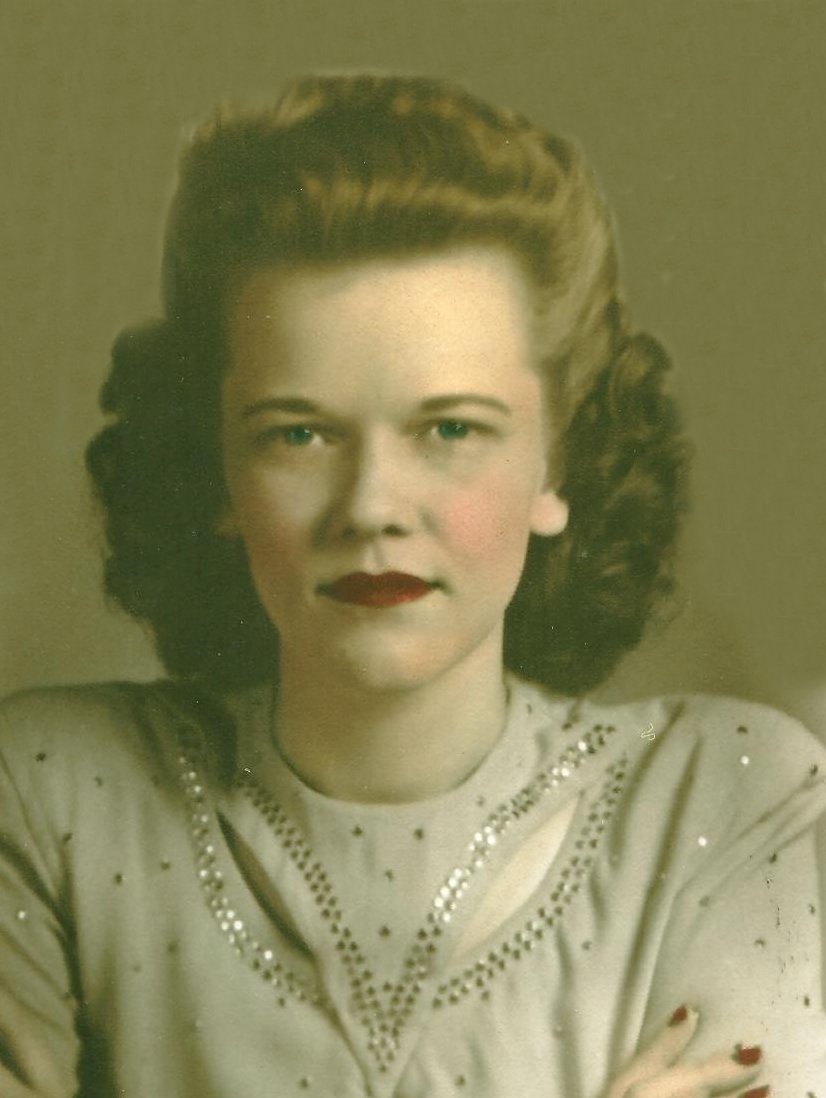 Mary Mildred Butkovich (Fouts) was born on March 29,1921 and entered into rest June 27, 2020.  A Mother, grandmother and great grandmother, she died peacefully at home with family by her side.   Mary was born in Wayne Township, Tippecanoe county Indiana.  Her parents farmed and she was raised on the farm along with her older sister Helen and younger brother Leonard.  It was the best of times she said and that she would not have traded her childhood for anything in spite of the depression.   She graduated from West Point High School in 1939 and was president of her senior class.  She was also active in drama.  She attended Purdue University, but returned home after one year with aspirations of becoming a nurse. However, with the country on the verge of World War II she attended business school instead.  She began her career working at the certified seed office and was soon approached by the manufacturing sector of the economy to work for a higher wage.  The country was desperate for workers. Before she was able to finish business school she went to work as a stenographer for Fairfield Manufacturing in Lafayette, Indiana for the duration of the war.  In addition, during the war, she joined and became president of a social sorority, Beta Sigma Phi.   After the war she worked for Brown Rubber in Lafayette, Indiana.  In 1947 a co-worker arranged to set Mary up with a blind date through someone she knew at a Catholic Church Youth Group.  The blind date was a mixer dance with her future husband Antone E. Butkovich.  Antone (Tony), who was just out of the air force, strolled with Mary on a grassy hill after the dance and proposed to Mary on this first date but Mary said “she would have to think about that one.” They continued to attend formal dances at Cary Hall at Purdue to live bands such as Tommy Dorsey, Glenn Miller, and other big bands of the era. A year later on May 15, 1948 they were married.  They drove to Cincinnati Ohio for their honeymoon.  After they were married, Tony finished college at Purdue University with a degree in Mechanical Engineering.  Tony and Mary had two daughters and after a few years decided to move to Colorado as a result of Tony’s love for the mountains.  After settling in Pueblo Colorado Mary spent her time making a home for her family. Mary was a devoted Mother and put her family before herself.  She was good at sewing and made clothes for her two daughters among other sewing projects such as making teddy bears, cooking and needlepoint.  As her children grew-up she started working as a stenographer again for Luria Brothers steel brokers.  Because of her outgoing personality, she joined and became president of Welcome Wagon, another social organization that helped people become settled in the area.  On weekends, Tony and Mary spent their time with their children camping in the mountains all over the state of Colorado.  They took four- wheel drive roads to the summit of numerous peaks.  Tony and Mary loved to dance and when not camping in the mountains they, as Mary put it, “danced their lives away.”  After retiring, Tony and Mary traveled the country in their RV and together they enrolled in doll making classes where they crafted baby dolls, native American dolls and various ornaments.

Mary was preceded in death by her parents, her husband Tony, her sister Helen, brother Leonard, and her oldest daughter Toni.  She is survived by her youngest daughter Terri Butkovich of Fort Collins Colorado, two grandchildren, John (Andria) David Christensen, Heidi Lynn Christensen and three great-grandchildren.

Visitation will be Thursday July 9th 2020 from 1:00 to 2:00 PM at Soller-Baker Funeral Home, 400 Twyckenham Blvd., Lafayette followed by a graveyard service at the West Point Cemetery, West Point Indiana.