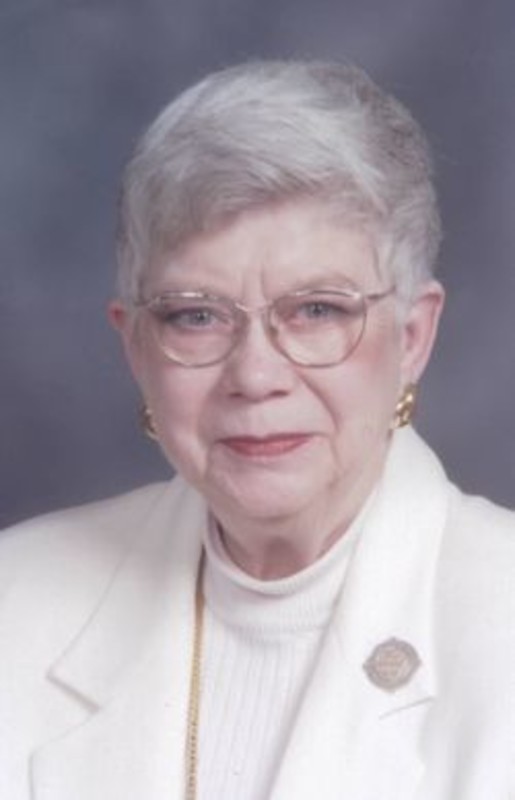 Mary Louise Fitzgerald of West Lafayette passed away on June 2, 2016.  She was a resident of GreenTree Assisted Living.  She was born in Cookeville, TN on March 26, 1928, the first child of Velma and Ira Baker.  Two other daughters, Betty Jean and Barbara Ann, preceded Mary in death.  Her brother, William Hill Baker of Sparta, TN survives.  Mary was strong academic student, being honored as Valedictorian in both Sparta Grammar and White County High School.  Education was driving force for the rest of her life and she completed a B.S. degree in Home Economics at University of Tennessee at Knoxville in 1950 where she met her husband, the late Dr. Paul Jackson Fitzgerald.  She was a member of Zeta Tau Alpha Sorority and a member of many honor societies including Phi Beta Kappa and Phi Kappa Phi.  As newlyweds to West Lafayette in the 1950s, Mary taught in area high schools in Monon and Romney while Paul attained his Master’s and PhD from Purdue University.  The pursuit of a life of learning led the couple around the world in Dr. Fitzgerald’s cereal crop genetics career including South America, Russia, and France as well as many locations in the US: Aberdeen, ID; Brookings, SD; and Peoria, IL.  The couple also lived in Silver Spring, MD twice and West Lafayette three separate times in their married life.

Mary Louise raised a family with relocations a frequent task for her to coordinate.  Her children Mary Frances Fitzgerald of West Lafayette, Chas E. Fitzgerald of Dallas, TX, and Paul Gregory Fitzgerald of Lansdale, PA and two granddaughters, Meagan Fitzgerald Redding and Arianne Robinett Fitzgerald, survive her.  Mary was active in Covenant Presbyterian Church and many community agencies.  In 1993 she was recruited by her sister-in-law, Judy Baker, and become a Mary Kay consultant.  Her talent as a teacher was tapped for her successful career in helping many women gain financial independence while building their own career.  Mary gained national recognition as a Director and the use of nine Mary Kay cars.   Mary enjoyed gardening, sewing for her granddaughter Arianne, overseeing a major renovation of her home in West Lafayette, and the 4-H career of her granddaughter Meagan.  She was a perfectionist in all she did.  Visitation will be from 12:00 pm until the time of the service at 1:00 pm on Thursday, June 9th, at Soller-Baker West Lafayette Chapel, 1184 Sagamore Parkway West, Rev. Rob Eyman officiating.  Entombment will be at Tippecanoe Memory Gardens.  Donations to The Mary Kay Foundation that is dedicated to ending women’s cancers and domestic abuse are suggested in lieu of flowers.