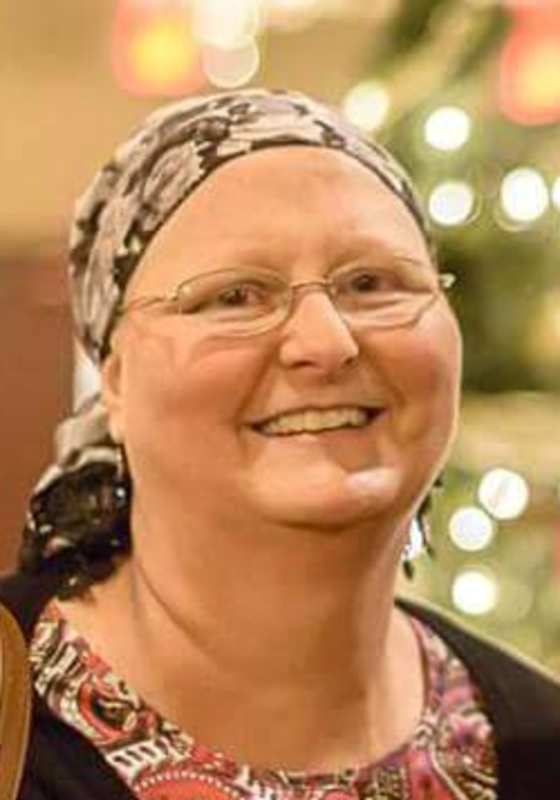 Mary Jane Shorter, 55, died on January 5, 2015 after a courageous 4 year battle with ovarian cancer. She was the wife of Barry L. Puskar. Mary was born February 6, 1959, to Mary M. Bemenderfer and Harry M. Shorter. A lifelong resident of Lafayette, Mary graduated from Central Catholic H.S. in 1977. She worked for Warren Industries and then joined S.I.A. in 1989. Her career with S.I.A. spanned 23 years working in various management positions there. She enjoyed working very much and continued at S.I.A. until illness forced her retirement in 2012. Mary will always be remembered for her amazing quick wit and humor. She loved her family and her many friends and she was equally loved in return. One of her greatest joys was spending time at their Lake Freeman cottage with family and friends, boating, dining, and mostly laughing. Mary was well known for her legendary Halloween “stew” parties. She was also a consummate shopper and was famous for her garage sale bargains. It delighted her to discover a “find” for someone almost as much as it thrilled her to be a part of a clever prank on a family “victim”.Mary inspired everyone by her determination, grace and humor in supporting family members through long-term illness and in her own fight with cancer. Mary and Barry were married on February 29, 1992, in Las Vegas, NV. In addition to Barry, she is survived by her mother Mary M. Shorter of Lafayette, children Tabitha Puskar (Jim Koches) of Monticello and a son Brian Puskar (Carrie) of Lafayette. Also surviving are her grandchildren Devin, Brendan, Thomas, Declan, and Cassidy Puskar, brothers and sisters Stephen G. Shorter (Maria) of Las Cruces, NM, Frederick J. Shorter (Kathy) of Indianapolis, Georgia Leavitt (Rick Gillis) of Lafayette, Susan M. Nixon (Roy) of Niceville, FL, Thomas H. Shorter (Judy) of Lafayette. Mary was also a beloved aunt to 22 nieces and nephews and 24 great nieces and nephews. She was preceded in death by her father and 2 brothers, Mark G. Shorter and Timothy J. Shorter, and a sister Katherine E. Thieme. Visitation will be Thursday from 5 pm-8 pm with vigil service at 4:45 pm at Soller-Baker Lafayette Chapel, 400 Twyckenham Blvd. Mass of Christian burial on Friday at St Lawrence Catholic Church at 10:30 am, Fr. Stephen Duquaine officiating. Inurnment will take place at St Mary Cemetery at a later date. Family request's memorial contributions to the Lafayette Catholic School System, Development Office 2410 So. 9th St. Lafayette, IN 47909.