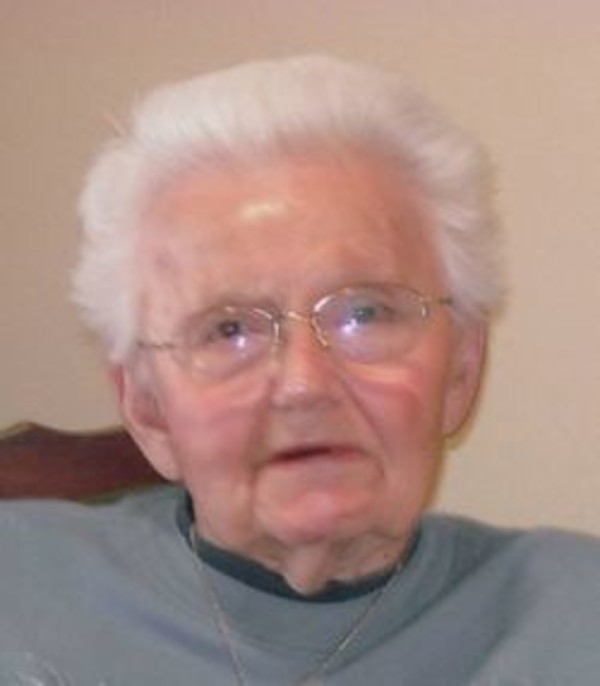 Martha Lou O'Neil Smith, 92, of Lafayette died Tuesday, April 14, 2015 at Creasy Springs Health Campus. She was born September 27, 1922, in Kentland to the late Frank and Clara Bossung O'Neil. Martha graduated from Goodland High School Class of 1940, St. Elizabeth School of Nursing in 1943 and Michael Reese Hospital School of Operating Room Techniques in 1946 in Chicago. She married Joseph M. Smith III on May 6, 1950 in Saints Peter and Paul Catholic Church in Goodland and he preceded her in death on April 19, 2014. Martha was hired by AC Arnett in orthopedics at Arnett Clinic in 1947 and worked until 1956 when she began raising their children. She returned to Arnett Clinic in 1965 and retired in 1984. She was a member of St. Boniface Catholic Church, National Council of Catholic Nurses, American Legion Aux. Post # 11, Elks Bridge and Euchre Clubs, “The Bridge Club” and Delta Theta Tau Sorority. Surviving are her children Joseph M Smith IV (companion Ronda Hall) of Mulberry, Lu Ann Osborne (Robert ) of West Point, grandchildren Erika E. Osborne, Brooke E. Osborne, Hillary K. Smith, Travis M. Smith and Joseph M. Smith V. Also surviving are her sisters Patricia A. Smith of Goodland, Mary D. Shelton of Lafayette, brothers Eugene L. O'Neil of West Lafayette, John P. O'Neil (Judy) of Monticello. She was preceded in death by a brother Robert A. O'Neil. Visitation will be 9:00 AM Friday until the time of the Mass of Christian Burial at 10:30 AM at St. Boniface Church. Interment will be at will be at St. Boniface Cemetery. Those wishing may contribute to the St. Elizabeth School of Nursing or St. Boniface Catholic Church.