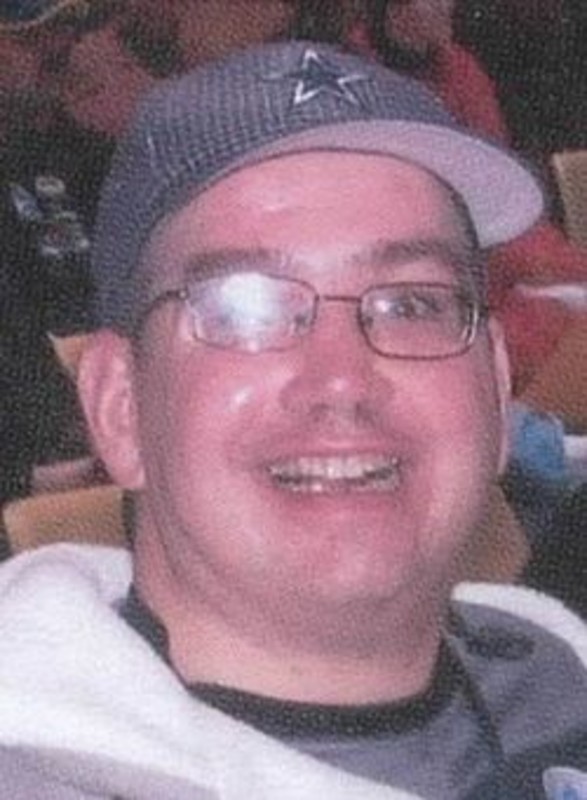 Praise God! The wheelchair is empty and Mark has been set free! You have now closed your eyes here. When you open them again, you will be in Heaven. Mark S. Klinker, 52, of Indianapolis, died unexpectedly at 6:55 am Tuesday, January 28, 2014 in his home. He was born November 21, 1961 in Columbus, Ohio to Everett A. (Tony) Jr. and Carol Beckman Klinker. He moved to Dallas in 1964. His father passed away in 1968, and he returned to Lafayette with his mother and two brothers. Mark attended St. Boniface and Central Catholic Schools. He was of the Catholic faith. His interests were music, concerts, sporting events and the Indianapolis Colts. A motorcycle accident in 1978 left him a quadriplegic. He was a resident of St. Vincent New Hope for 19 years and then resided in an assisted living home for the last 16 years. Through it all he inspired many people and never lost his sense of humor or infectious grin. A smile always seemed to be there. Survivors include his mother, Carol (Klinker) Haynes and stepfather Larry E. Haynes (who raised and loved Mark as his own), brothers James A. Klinker of Lafayette, David J. Klinker (Michelle) of Cameron Park, CA. Nephews Ian Klinker of Lafayette and David Klinker Jr. of New York City. A niece Cindy Hinds (Joe) also of Cameron Park, CA. along with numerous aunts, uncles and cousins. The family wishes to thank the staff and caregivers at New Hope and Winston II (Mark's home) in Indianapolis for all the years of love, friendship, compassion and good care. Mark was preceded in death by his father, grandparents Leonard J. and Eleanor (Schetzsle) Beckman, Everett A. and Marie (Weyles) Klinker Sr. and his step grandmother Roberta (Meese) Beckman. In lieu of flowers, the family wishes for memorials to be given to New Hope of Indiana at 8450 N. Payne Rd, Indianapolis, IN 46268. Visitation will be from 2:00 until the time of the service at 3:00 pm Friday, January 31, 2014 at Soller-Baker Lafayette Chapel. A private burial will take place at St. Boniface Catholic Cemetery.