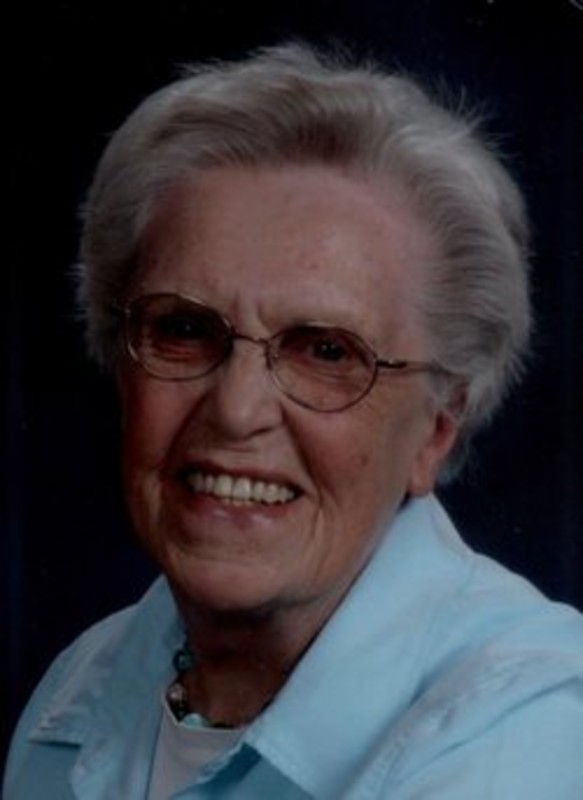 Marjorie (Marge) Winter passed away on August 15, 2013 at her daughter's home in Valparaiso after a lengthy battle with cancer and heart disease. Marjorie was born in Crawfordsville, Indiana on July 2, 1930 to Forrest and Marie Strayer; she is preceded in death by her parents and a sister, Virginia Stayer-Batchelor, she leaves behind two daughters Sharon Winter-Blake of Valparaiso, Shelley Winter-Hawk (husband Kenneth) of Lafayette and a son David (wife Desiree) of Otterbein. She also leaves behind 8 grandchildren and 9 great-grandchildren. Marjorie was a long time member of St James Lutheran Church of Lafayette and was an active member until she moved to Valparaiso in 2012 to live with her daughter. Marge was involved with several committees and boards throughout the years and was a well-respected member of the congregation. In January of 1950, Marjorie married Paul Winter of Lafayette. They were married until divorcing in 1978. Marge was an avid card player and enjoyed playing with family and friends. Marge's home was a place of great friendship and camaraderie for many over the years. Most Friday nights would see family and friends gathered together playing Euchre well into the night. Marge graduated from Lafayette Jefferson High School in 1948 and went into the workforce, she had worked at Foster Film in Lafayette, was a long term employee of Schnaible Drugs in Jefferson Square, Lafayette. When Schnaible's closed, she went to work for Quality Farm and Fleet in Lafayette and was a member of their Founder's Club. Marge retired from Quality Farm and Fleet when the chain went bankrupt in 2000 and the Lafayette store closed. After a brief retirement, Marge went back to work, this time for TJMaxx in Lafayette and was there until her health drove her to retire again. Marge enjoyed working with the public and formed lasting friendships with several of the customers and co-workers she had come in contact with. Marjorie was a loving, caring and giving person; she touched the lives of so many people. Those who met Marge, with extremely few exceptions, will say that they have benefitted from the meeting and will fondly remember the petite lady for years to come. Goodbye Marge, you will be sorrowfully missed. Visitation will be 3-5 PM Sunday August 18, 2013 at Soller-Baker Funeral Home at 400 Twyckenham Blvd, Lafayette, IN 47909 and the service will be 10 AM Monday August 19, 2013 also at the Soller-Baker Lafayette Chapel. The family requests that a donation be made to Porter County VNA Hospice 2401 Valley Dr. Valparaiso, Indiana 46383 in lieu of flowers.