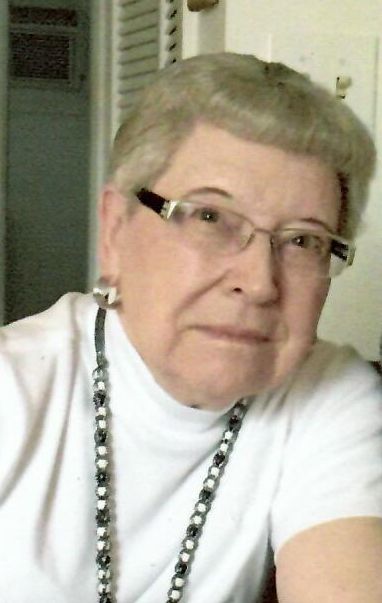 Marjorie Conway Summers, 94, of Delphi, formerly of Lafayette, passed away on Sunday, March 13, 2021 at St. Elizabeth Health Care in Delphi.  She was born February 27, 1927 in Lafayette and was a graduate of Chalmers High School.  Her marriage was to Wendell C. Summers on August 19, 1946 in Chalmers and he preceded her in death on June 25, 2010.

For 5 years Mrs. Summers worked for the Carroll County Soil and Water Conservation District as their Secretary and retired from the Carroll County Agricultural Stabilization Service (A.S.C.S.) in 1988. After retirement she worked for Soller-Baker Funeral Homes for over 20 years.  Marjorie had previously been a member of Congress Street United Methodist Church and its Night-Unto-Day Circle; a member of Alpha Chapter of Delta Sigma Kappa Sorority where she served as state chairman of the Viola Murphy Memorial Scholarship Fund for several years, and the American Legion Auxiliary of Post #11 in Lafayette.

In later years Marjorie became a member of First Baptist Church in Lafayette and had attended First Presbyterian Church when she returned to Delphi from Lafayette.  Surviving are her daughters Linda L. (Ernest) Poland of Vero Beach, FL, Susan W. (Ty) Sutton of Delphi, grandchildren Christopher D. (Christine) Poland, Summer Sutton and Maddyson Sutton.  Marjorie was preceded in death by her parents George E. and Elvira Mae (Vencill) Conway and her brother George Conway.  A graveside service will be at 10:00 am on Thursday at Spring Vale Cemetery.