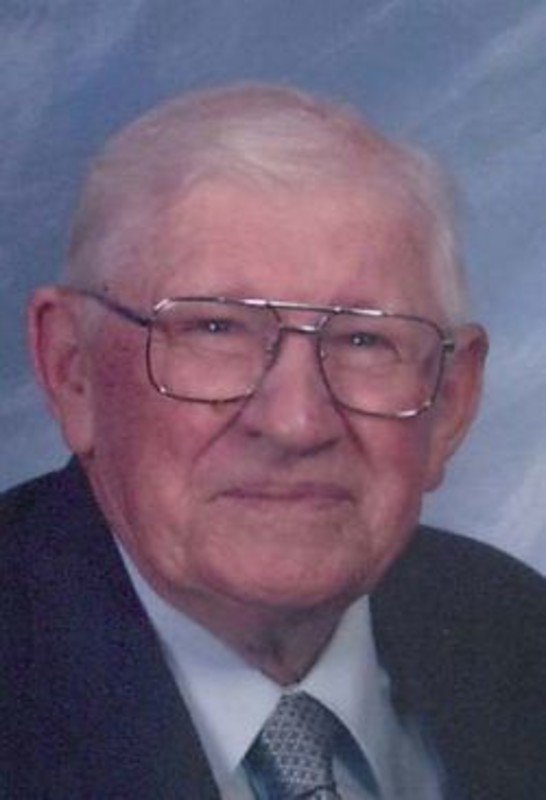 Marion Leon Cox (94) passed away peacefully Wednesday June 8th at Rosewalk Village surrounded by his loving family and friends. Leon was born on the family farm in Shannondale, Indiana in 1922. In 1940, he graduated from Linden High School where he played on both the basketball and baseball teams. Leon joined the Navy in WWII and proudly served from 1942-1945 in Casablanca and Marseilles, France. He married the love of his life, Helen DeWeese on November 6, 1943 at a Navy Chaplain’s home in Kokomo, IN and was beaming at the recognition of their 72nd wedding anniversary at his grandson’s wedding last year. He worked as an Omar Bread man for ten years before beginning his career as a letter carrier and rural carrier for the U.S. Postal Service. He received an award recognizing his 60 years as part of the National Rural Carriers Association. Leon was an avid sports fan, loving nothing more than rooting for his Purdue Boilermakers, Colts, and, above all, his beloved Cubs. He was also a proud member of Congress Street United Methodist Church for over 67 years. More than anything else, he is remembered, by all who knew him, as a happy, fun loving man, whose mere presence could brighten the darkest of days. With his sense of humor, ever-positive disposition, and infectious laugh; he never knew a stranger.
Leon is survived by his wife Helen Cox (90) of Lafayette; daughter Pamela Cray (husband Edward) of West Lafayette; son Randall Cox (companion Diane Coghill) of Delphi, granddaughter Alicia Crawford of Fishers, and grandson Kyle Cray (wife Cara) of West Lafayette. He was preceded in death by his brother Eugene Cox and parents Ashley and Catherine Cox.
The family would like to thank the staff and residents of Rosewalk Village and St. Elizabeth Hospice for their love, support, friendship, and countless euchre games over the past 8 months. Leon’s life story, special memories, and trademark laugh were preserved through an interview with Story Corps that will be archived at the Library of Congress.
Visitation will be Monday, June 13th from 10:00 until 11:00 am at Soller-Baker Lafayette Chapel followed by the funeral service at 11:00 am. Pastor Rick Puckett will be officiating. Burial to follow at Tippecanoe Memory Gardens with military honors.