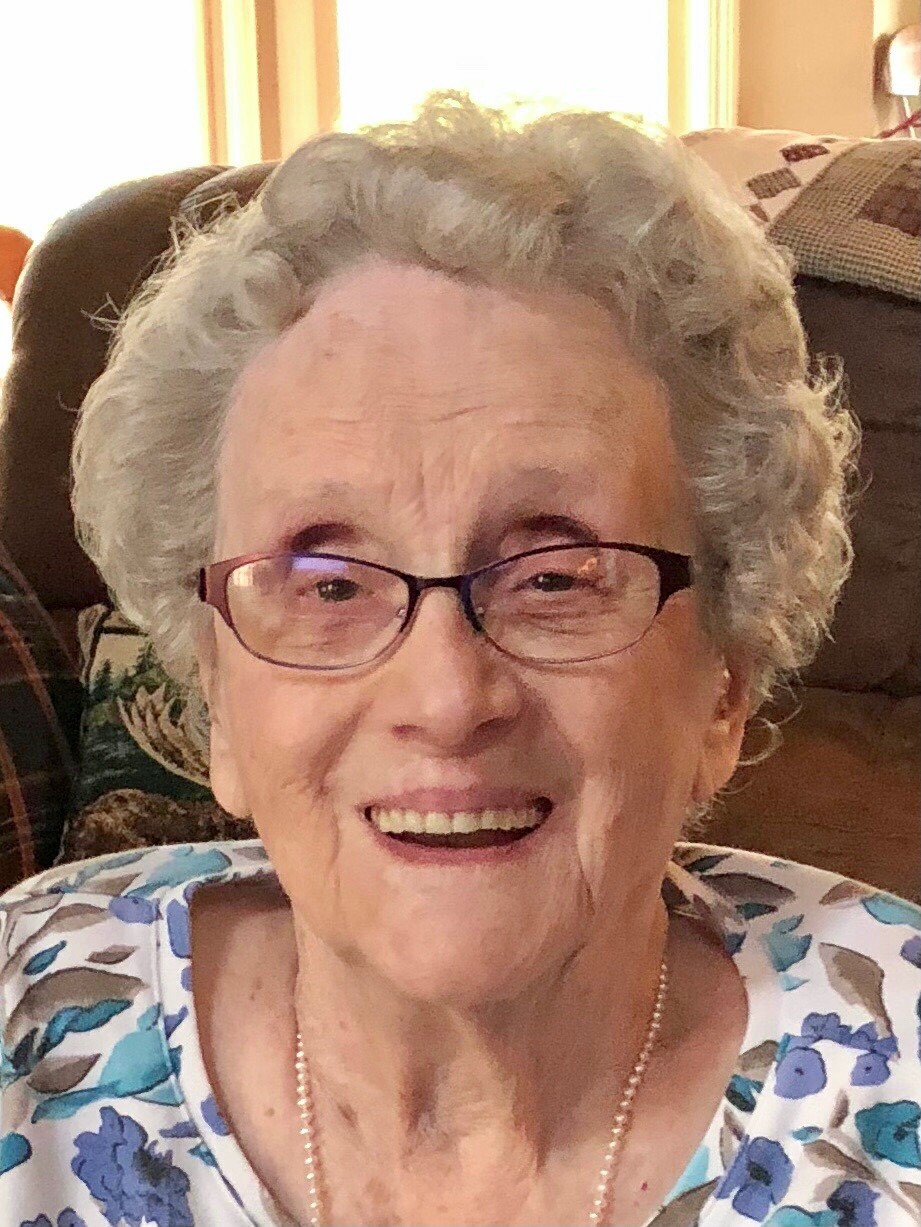 Marilyn M. (Rose) Chambers completed her earthly journey and went home to be with our Savior on January 16, 2021. She was the youngest of four daughters born to Adolph and Frieda (Kaade) Rose on June 19, 1927 in Ft. Wayne, IN. Her parents preceded her in death along with her three sisters Marjorie Atteberry, Ruth McKee and Elizabeth Rose, husband Robert Chambers and daughter-in-law Elaine Chambers.

Marilyn was a 1949 graduate of Purdue University where she met her future husband Robert (Bob) Chambers of Lebanon, IN on a blind date. They were married in 1951 and enjoyed 62 years together before Bob passed away in January, 2014.  They resided in Marion and Gas City, IN where they worked and raised a family, then retired to a home on Crooked Lake in Columbia City, IN. In 2010, they moved to Lafayette, IN to be nearer their family. Marilyn is survived by the following members of her family: daughter, Sylvia Chambers Garrison, Bloomington, IN, grandchildren Andrew Garrison, Indianapolis, IN and Amy Garrison Bennett (Marc), Martinsville, IN and great grandchildren Callan, Colleen and Cooper Bennett; son, Charles Chambers and grandson Jacob Chambers of Lafayette, IN; son, Thomas Chambers and wife Julia Chambers of Lafayette IN ; and son, Steven Chambers and wife Janna Chambers ,West Lafayette and grandchildren Connor Chambers, Bloomington, IN and Alyssa Chambers, Pinehurst, NC

Marilyn was a life member of the Purdue Alumni Association and Chi Omega sorority. She was employed as a dietician at Michigan State University and the VA Medical center in Marion, IN. She was a member of Holy Trinity Lutheran Church in Lafayette, IN. Before moving to Lafayette, she was a member of various Lutheran churches in cities where she had previously resided including Gas City, Columbia City and Ft. Wayne, Indiana where she served on church councils, taught Sunday school and sang in the choir.

She enjoyed making lap quilts for charity (over 300 of them) and gardening, especially growing beautiful roses. Her late husband was an Eagle Scout and a troop leader for the Boy Scouts of America in Gas City, IN which led her down the path of becoming a den mother, coordinating the Blue and Gold banquets and taking part in training at Philmont Scout Ranch in Cimarron, New Mexico. She followed Purdue sports and would excuse a Purdue loss as a “moral victory”. Perhaps one of her greatest (and probably most stressful) accomplishments was hosting Thanksgiving dinner every year for the entire family. Marilyn was especially fond of all the stray animals that would make their way to her doorstep and never forgave her children for presenting her with a beagle pup named Snoopy for Mother’s Day one year.

Our mom was many things to many people. She will always be remembered as a loving mother, grandmother, great-grandmother and mother-in-law by her family.

The family would like to thank her caregivers at Creasy Springs and Cumberland Point Health campuses, and Angels Companion and Angels Hospice Services.

Following state COVID restrictions, the wearing of mask, social distancing and capacity requirements will be followed.

Visitation will be held from 1:00 pm until the time of the service at 2:00 pm on Saturday, January 23, 2021 at Soller- Baker Funeral Home, 400 Twyckenham Blvd. Lafayette. A private family burial will follow at Meadow View Cemetery. A live stream of the service will be available at www.soller-baker.com on Marilyn’s obituary page.

There will be a celebration of life for our parents at a later date to be announced.