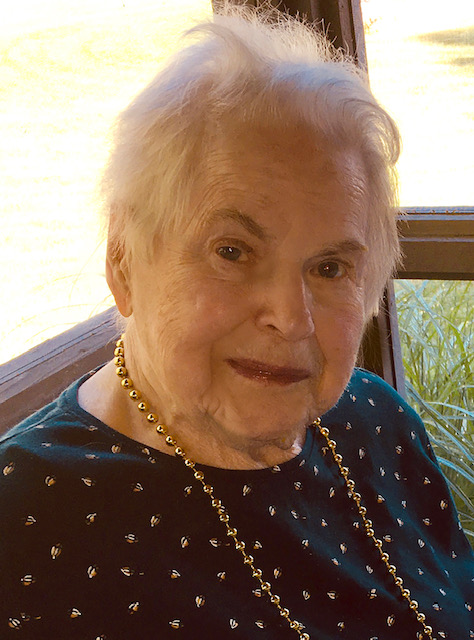 Margaret “Peggy” Prien of Lafayette, Indiana, passed away on November 10, 2022, after a short illness. She was born July 22, 1924, in Marion, Indiana, to Raymond E. and E. Aileen (Sharitt) Bright.  Peggy graduated from Marion High School in 1942 and immediately went to work for the war board in Grant County, Indiana, where she handled tire and gas rationing throughout World War II. She also completed courses at a local business college.

On October 25, 1952, she married Robert E. Prien of Lafayette, and they raised five children together. She was a devoted mother and active school volunteer. She was also a secretary for several Lafayette-area businesses through the years.  Peggy was a prolific correspondent. She took great joy in sending handwritten notes, letters, and greeting cards to family and friends. She once estimated that she sent out more than 250 birthday cards annually. Many people looked forward to her cards and counted themselves lucky to be included on her mailing list.  At age 89, Peggy received her first iPad and enthusiastically embraced the digital world. She was active on social media and loved interacting via text messages with her seven grandchildren and with many friends and relatives. She also enjoyed watching online services from St. James Lutheran Church, where she was a longtime member.  She had a lifelong passion for genealogy and was a wealth of knowledge for family members who shared this interest. Her keen memory made her a reliable source for their research. She was the inspiration for and a major contributor to a family cookbook. She also loved to read and listen to music.

Peggy will be deeply missed by all who survive her, including four children: Susan Williams (Toby) of Maynard, MA, Philip Prien of Lafayette, Anita Killian (Mike) of Lawrenceburg, IN, and Carolyn McGrew (Chris) of Terre Haute, IN; and seven grandchildren: Amanda Williams Galvin (Ryan), Samuel Noonan, Nathaniel Williams, Jackson McGrew (Audrey), Alexander Noonan, William Prien, and Thomas McGrew; as well as nieces and nephews, great-nieces and great-nephews, and numerous friends. She was preceded in death by her husband, Robert; daughter Teresa Prien-Noonan; son-in-law James Noonan; parents; and two brothers, Robert Bright and Walter Bright.  The family is grateful to the staff of Creasy Springs Health Campus for the care and friendship Peggy received over the past few months.