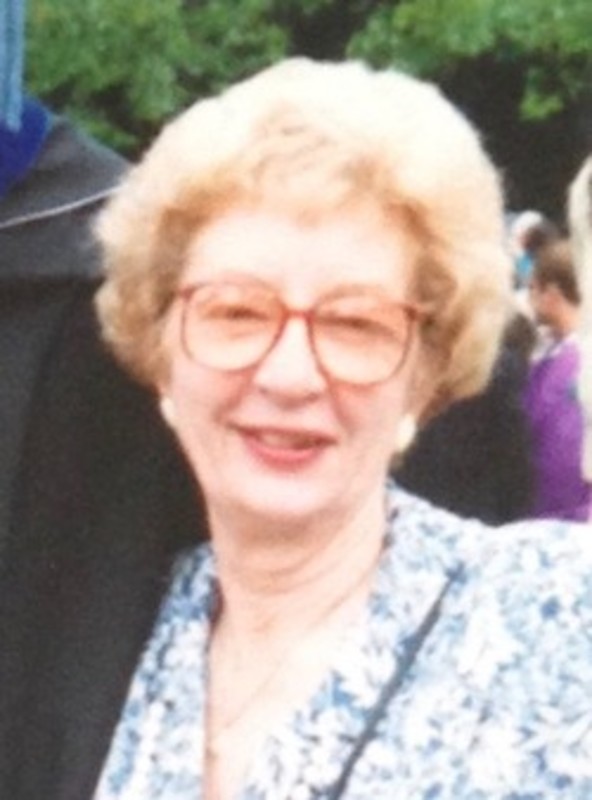 Mabelle Josephine (Jo) Amstutz, 91, died peacefully April 11th, with her son and daughter-in-law by her side.  Jo was born in Monroeville, Indiana to Ward and Mamie Bower.  She graduated from Monroeville High School in 1943, where she was senior class president, and Ball State University in 1947 with a degree in English.  She taught English in Union City schools until a chance meeting with Harold Amstutz DVM, who was a hunting friend of her roommate’s fiance.  Harold and Jo were married in 1949, and their 64 year marriage was blessed with four children.  Together they made their home in Columbus, Ohio before moving to West Lafayette in 1960.

Jo was a beloved daughter, wife, mother and grandmother.  She is predeceased by her parents, Ward and Mamie Bower, her husband Harold Amstutz, her brothers and sister, Ferris, John and Virginia Bower, and her son-in-law Paul Streibig.  She is survived by her children, Suzanne (Tom) Harden, Cynthia (Clement) Amstutz-Navarro, Patricia Streibig and David (Karen) Amstutz.  Jo will be greatly missed by her seven grandchildren, Erin, David, Kate, Ed, Julia, Christian, and Mitch, and seven great-grandchildren who gave her so much pleasure.

Jo’s life was a good one.  She was a sweet woman who worked hard and dedicated herself to caring for her family.  She will be remembered by those of us who loved her for laughing until she cried, long supportive talks on the phone, a kind word for all and delicious homemade pies.  She was a founding member of Our Savior Lutheran Church and served its mission in many ways.  Jo was also a member of the Purdue Women’s Club and Veterinary Wives Auxiliary group.  Once the children were grown, Jo enjoyed travelling the world with Harold to his various veterinary conferences.  In her spare time, Jo could be found playing a good game of tennis or bridge, reading the latest novel or tending her beautiful flower beds.  A good life, indeed.

Memorial contributions can be made in Mabelle's name to Our Savior Lutheran Church, 300 W. Fowler Ave, West Lafayette, IN 47906