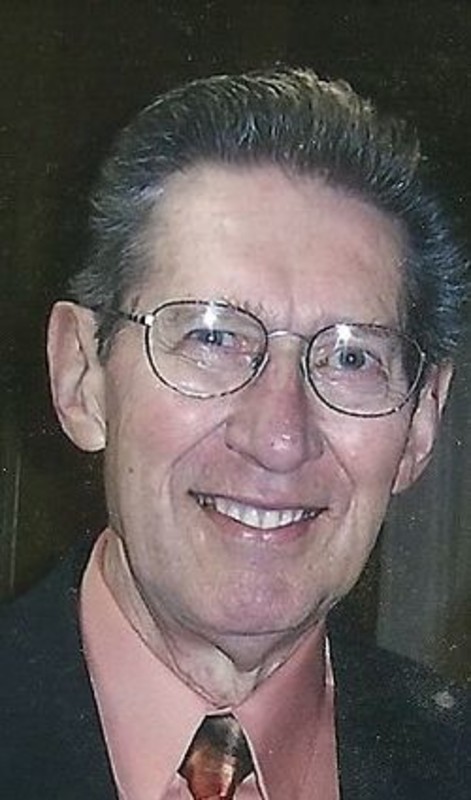 Surrounded by his family, Lyle Lemme was sung into the loving arms of the Lord on Sunday, February 2, 2014. Lyle was born to Walter Martin and Louise Buss Lemme on January 19, 1932 in Bloomington IL. Many happy days were spent and memories made with his sister Gloria and brother Robert playing on the rope swing made by his Grandpa Rudolph who resided with them. They also spent numerous hours playing hide and seek with their friends on Mulberry Street.Lyle had fond memories of his father playing drums in a professional band. As a young boy, Lyle's father passed away and likewise his mother when he was in his early teens. Lyle and his siblings were then blessed with the love and care of two special people, Mr. and Mrs. Otto Gerth, who welcomed them into their homes unconditionally and with open arms. Lyle (Ice) played baseball, basketball, and football during his high school years. After graduating from Bloomington High School in 1950, Lyle began a career at State Farm Insurance Company's home office in Bloomington before leaving to serve in the U.S. Army during the Korean War. Upon discharge from the army he returned to State Farm to continue his career there. In 1961, as an auto underwriter, Lyle was part of a team of employees who were transferred to open the State Farm regional office in West Lafayette, IN. Although public speaking was not Lyle's forte, he joined the State Farm Toastmaster's Club where he enjoyed learning more about speech writing and competing with other members. He even won a trophy! One day when taking his daily trip to the coffee machine, he spotted a young lady he thought he might like to meet. Turns out she wanted to meet him also. The stage was set. A mutual friend introduced them to each other. This young lady accepted a date from Lyle. Her name was Linda Kay Wagner. After several dates and flowers placed daily on her desk, they were married on March 13, 1965. Several months later, they were blessed with their first child a daughter, Lori Louise and a few years later a son Lorin Lyle. Lyle was always proud of them and all of their accomplishments. Lori is an occupational therapist who works with special needs kids. Lorin teaches percussion, performs with several professional bands and is involved with music ministry. One of Lyle's biggest delights was to be a “band dad” as both of his children were members of the marching band.His enjoyment of music took him to Rush, Four Freshmen, Kansas, Styx, Tom Jones, and Frank Sinatra concerts. He loved to listen to Diana Krall, Celine Dion, June Christy, Andrea Bocelli, Stan Kenton and numerous other artists. You could always see him snappin' and tappin' to the beat of the music. Lyle always loved his dogs, Tippy his childhood dog and Fluffy who had been a family pet for 18 ½ years. New Year's Eve 1997, Lyle welcomed three new dogs into his home, Cassandra, Andrea, and Natasha. 1998 was one of Lyle's more memorable years. He saw his daughter receive her Master's Degree, his son leave on a mission trip to New Zealand and celebrated his retirement of 45 years with State Farm Insurance. In September 1998 Lyle became “Pops Lemieux” to Lori's husband Jamey and in October of 2002 he was given the name “Papa Lyle” by Lorin's wife Erin. Lyle has had many exciting, enjoyable, and memorable moments during his retirement years including the miraculous births of Lori and Jamey's son, Zackary Martin and Lorin and Erin's daughters, Selah Joy and Aria Noel. Zackary was known as “The Handsome One” by his “Pa Lyle”. They shared their love of the “Wonder Wheel” song by Dan Zanes. Selah and Aria were known by “Papa Lyle” as “His Girls”. They enjoyed coloring and reading together. Lyle's spiritual faith and strength has seen him through heart issues, spinal surgeries, a broken hip, cancer surgery, and a stroke. Lyle would say that his spiritual life outshines all these events to the extent that he has received visits from the Lord. The beautiful smile on Lyle's face during His presence and the anguished look when he left told this more than words could ever say. Our family that loves Lyle so much says, “Go faithful servant and be received into the arms of your Lord.” Visitation 1:00pm to 3:00pm Saturday February 8,2014 at Evangelical Covenant Church 3600 S 9th St Lafayette In 47909.Followed by a Celebration of Life Service at 3:00 pm Evangelical Covenant Church.