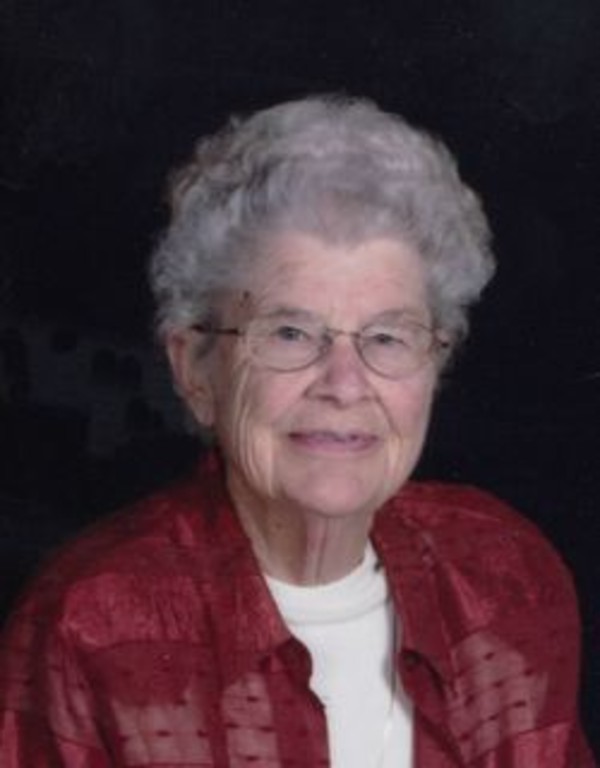 Louise W. May, 89, of Lafayette, died at 11:55 PM Thursday, August 8, 2013 at her residence. She was born November 9, 1923, in Fowler, to the late Claude M. and Rosa Ellen Lavelle Wright. After graduating from Fowler High School in 1941, Louise went on to St. Elizabeth School of Nursing receiving her RN degree in 1945, her bachelors degree in 1946 from St. Francis University and a certificate in public health nursing from Loyola University in 1952. On November 16, 1957 she married Herbert M. May in Fowler. He died June 21, 1999. Louise taught at St. Elizabeth School of Nursing until 1951 leaving to work for Lafayette School Corporation for 36 years as an Elementary School Nurse and department head until her retirement in 1989. She was a member of St. Lawrence Catholic Church and enjoyed spending time with her family, traveling and needlework. Surviving are a son Michael L. May (wife Billie J.) of Haymarket, VA; three daughters Cecilia L. May, Carolyn R. Poole (husband Gregory E.) and Martha A. May all of Lafayette; a brother David B. Wright (wife Geraldine) of Indianapolis; and five grandchildren, Michael, Crystal and Tawnia May and Nicholas and Daniel Poole. She was preceded in death by her brother C. Robert Wright. Visitation will be from 5:00 to 8:00 pm with Rosary Service at 4:45 pm Sunday, August 11, 2013 at Soller-Baker Lafayette Chapel, 400 Twyckenham Blvd. Lafayette, IN 47909. A Mass of Christian Burial will be held at 10:30 am Monday, August 12, 2013 at St. Lawrence Catholic Church, 1916 Meharry St., Lafayette, IN 47905 with Fr. Daniel Gartland officiating. Burial will follow at St. Boniface Cemetery. Those wishing may contribute to St. Elizabeth School of Nursing or Lafayette Catholic Schools Music Department.