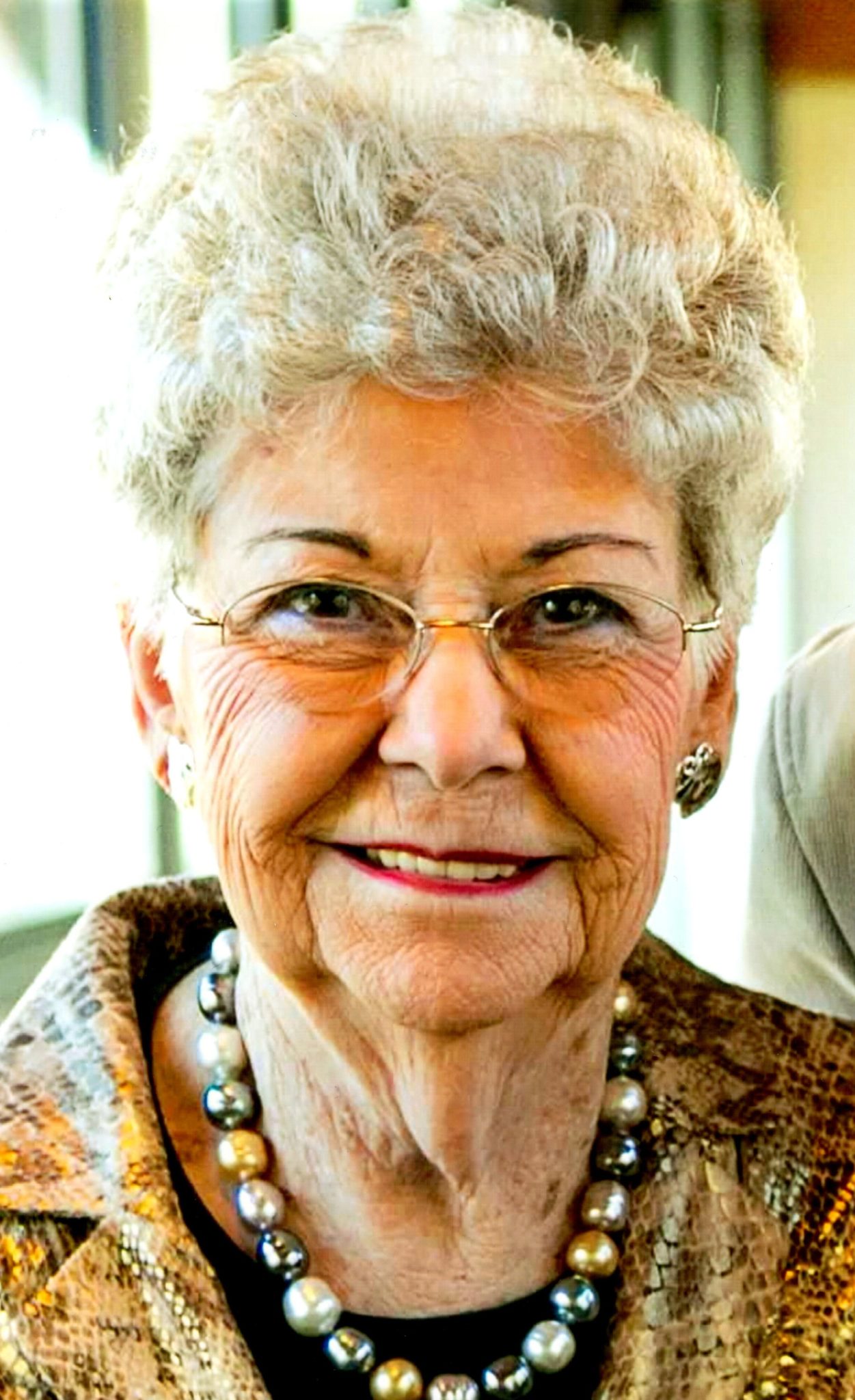 Lois Lee Hayes Smiley of West Lafayette passed away peacefully in her sleep Sunday evening, December 1, 2019, at Westminster Village. She was 93 years old. Lois Lee was born on December 22, 1925, in Lawrenceville, Illinois, to Fanny (Mills) Hayes and Jesse Hayes. Lois Lee graduated from Lawrenceville High School in Lawrenceville, Illinois, in 1944.
She attended the University of Illinois from 1944-1946. While there she met her future husband, Curtis Smiley at a dance at the Union while he was home on leave from the army prior to being sent to Europe during WWII. When Curt returned home from the war in 1946, Lois Lee discontinued her schooling and married Curt on December 1, 1946. Curt survives her; they were married seventy-three years. They first lived in Villa Park, Illinois, for a year where Lois Lee worked in an Ovaltine factory. She and Curt then moved to Stockland, Illinois. In 1962 she was hired as a 5th grade teacher at Stockland Elementary School with the understanding that she would complete her college degree. While attending evening classes and several summers attending summer school at Eastern Illinois and Illinois State, she taught in Stockland for four years. She eventually received her degree from Illinois State in 1966. In 1966 Lois Lee was hired by the West Lafayette School Corporation and taught 5th grade at Cumberland Elementary School from 1966 until her retirement in 1987. In 1972 she completed her Master’s Degree in Education at Purdue University. Additionally, she had been a member of Delta Kappa Gamma and the Tourist Club.
In 1973, Lois Lee received the George Washington Honor Medal Award from the Freedom Foundation. In 2001, she won the Crystal Apple award from Purdue University’s School of Education. This award was presented to teachers who were nominated for being a positive influence on their students.
Upon retiring, Lois Lee and Curt began to winter in Florida and enjoyed 17 winters there. Additionally, during their retirement, they traveled to Greece, Israel, Rome, Egypt, Alaska, St. Thomas V.I., and took two cruises. While in Israel, they both were re-baptized in the Jordan River. She was a member of Covenant Church.
In addition to her husband Curt, Lois Lee is survived by her son Thomas (Deborah) Smiley, his daughter, Lisa (David) Heinze of Elburn, IL, 4 grandchildren, Colleen Weinzapfel (Nick), Kirk Smiley (Lynne), Chad Heinze, and Cameron Heinze, and 3 great-grandchildren.
Visitation will be from 10:00am – 11:00am Friday, December 6, 2019, with funeral to follow at 11:00 am, Soller-Baker Funeral Home, West Lafayette Chapel.
Officiating Pastor Rob Eyman, entombment Tippecanoe Memory Gardens.
In lieu of flowers, donations may be made to the West Lafayette Schools Education Foundation 1130 North Salisbury Street, West Lafayette, Indiana 47906.You may sign the guest book and leave memories at www.soller-baker.com