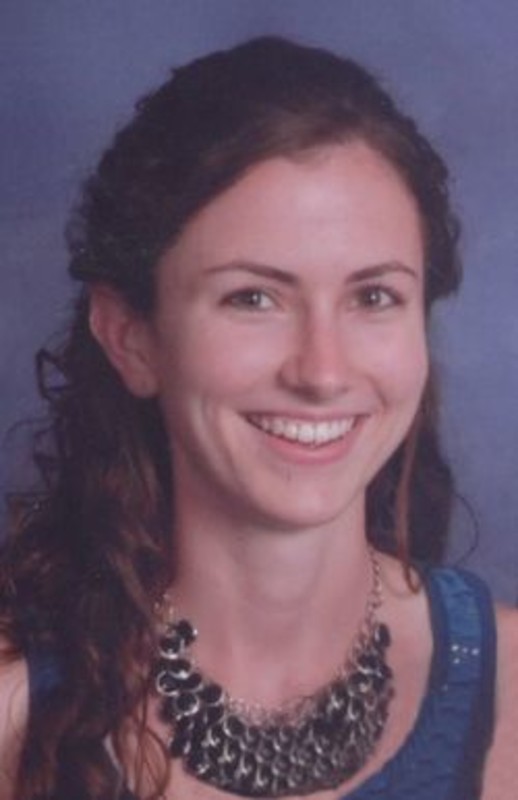 Lisa Olivia Strueh, 26, of Avon, and formerly the Lafayette area passed away from injuries sustained in a car accident on April 6, 2016.
Lisa was born on December 9, 1989 in Lafayette, the beloved daughter of Tim and Barb Strueh.
She was a 10-year 4-H member and continued to be involved as a superintendent for the Home Furnishings projects. When competing, she would work with her sheep and then do a quick change to model an outfit she had sewn. She made many good friends during her years with 4-H.
Lisa was very active with the Immanuel United Church of Christ where she was baptized and spent her youth growing in her love for the Lord and for her church family. She served as a delegate to regional and national conferences. More recently, she served as a Deacon and became a Parrish Nurse. Some of her fondest memories were of her time spent at Merom Church Camp during her youth and she was on the Board of Directors. She wanted to do her part to make sure other youth could develop new friendships and enhance their Christian experience.
While attending McCutcheon High School and graduating in 2008, she had the unique opportunity to travel to Louisiana to help victims of the Katrina hurricane, a life-changing moment, and one that compelled her to devote her life in service to others.
In high school, she became involved in cross country and developed a passion for running. While not obvious, Lisa was a fierce competitor and loved to receive ribbons and trophies! She participated in numerous 5K competitions and recently completed her 14th half marathon.
She graduated in 2012 from Purdue University with a dual degree in Dietetics, Nutrition, Fitness, and Health. Following this, she received a Bachelor’s Degree in Nursing from IU School of Medicine. While proud of this accomplishment, she never transitioned her wardrobe from black and gold to crimson red.
She lived in Glenwood Co-op while attending Purdue. She was a leader and mentor for many and formed lifelong friendships as well as becoming the President of the Co-op among other positions.
She was employed as a Charge Nurse in the Progressive Care Unit at Community Hospital East in Indianapolis. She enjoyed her work and showed care and compassion with her patients. She decided to move further into the profession of Nursing and was accepted into the Fall 2016 Family Care Nurse Practitioner’s Program at Vanderbilt University.
Lisa lived a joyful life and showed grace and love for others. She always shared her wonderful, warm smile. She had a deep love for the Lord and committed her life to serving him.
For the past two years, Lisa built a beautiful relationship with the love of her life, Jesse Beckley. They enjoyed working on their houses and traveling. They loved to hike through mountains, search for wildlife and even survived a close encounter with a Grizzly. While on vacation, they became engaged on March 27, 2016 and she was so happy.
In addition to her parents, Lisa is survived by her adored sister, Denise, of Lexington, KY, fiancé Jesse Beckley of Noblesville, her Grandmother Betty Strueh, and a large extended family of Aunts, Uncles, cousins whom she cherished.
She was preceded in death by her Grandfather, Donald Strueh and Grandparents Bill and Olive Niesse.
God has a new Angel in heaven and we know that his loving arms are wrapped around her. She will be missed more than words can describe.
In lieu of flowers, memorial contributions may be made to Immanuel United Church of Christ, 1526 S. 18th St., Lafayette, IN 47905 or Merom Church Camp, P.O. Box 127, Merom, IN 47861.
Visitation will be from 5 to 8pm Monday April 11th at Soller-Baker Funeral Home Lafayette Chapel and again April 12th from 10am until the service begins at 11am at Immanuel United Church of Christ officiated by Rev. Dr. TJ Jenney. Graveside service will follow.