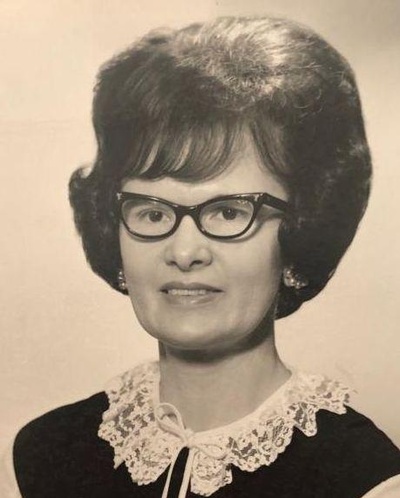 You may not have met Lillis Albregts, but rest assured, she was your biggest champion.

Lillis Horn Albregts passed away peacefully on the afternoon of Monday, March 18, 2019. Lillis was born on February 4, 1929 in Jackson Township, Indiana to Cecil and Eva Horn. A graduate of Jackson High School, she married the love of her life, Earl Albregts, on May 14, 1949. They raised three children together: Larry, Carol, and Cecilia.

Lillis was driven from the start. When her husband went back to school later in life, Lillis managed the family farm and raised her three children, while simultaneously advocating for social outreach causes that were dear to her heart. Founder of the county's “Adopt-a-Patient” program, she also served on it's state committee, moderating many discussions about caregiving and volunteering. When her husband's career took the family to Brandon, FL, Lillis found fulfilling work in the field of mental health. She later worked for a Brandon physician and then worked for the county clerk of courts. With her winning smile and sharp wit, she raised the spirits of anyone that had the pleasure of interacting with her that day.

Lillis was a master of encouragement. Whether to a downhearted granddaughter or a husband navigating the treachery of academia, she always had a willing ear, and a kind heart to lend. Remembered most for her determination, Lillis loved to regale her family with stories from the farm, where she was a model of triumphing over adversity. You always knew when Grandma Lillis (aka Diamond Lil) had visited, as all of her children would be marked with her signature lipstick (Bobbi Brown's “Raisin”) on their cheek, and a bowl of homemade ice cream in their lap.

Lillis was preceded in death by her husband Earl, and her daughter Carol (Steve) Schroeder. She is survived by her sister, Maxine (Ben) Miller and brother, Ronald (Margaret) Horn. She is survived by her son, Larry (Sara) Albregts, and her daughter, Cecilia Albregts. She leaves behind a bevy of grandchildren, Allyson Albregts Humphries, Ryan Albregts, Rebecca Albregts Shapiro, Rachel Denis, Stephen Schroeder II, and Kathryn Schroeder. She was also a great-grandmother to eleven lucky children.

A visitation will be held at the Soller-Baker Funeral Home on Friday, March 29th, from 5:30-7:30pm. A mass of Christian burial at St. Boniface Catholic Church in Lafayette, IN on Saturday, March 30th at 10:30am. Graveside services are to follow at St. Mary's Cemetery. Flowers may be sent to the Soller-Baker funeral home. Should friends desire, contributions may be sent to a cause dear to Lillis' heart, The Alzheimer's Association. You may sign the guest book and leave memories at www.soller-baker.com