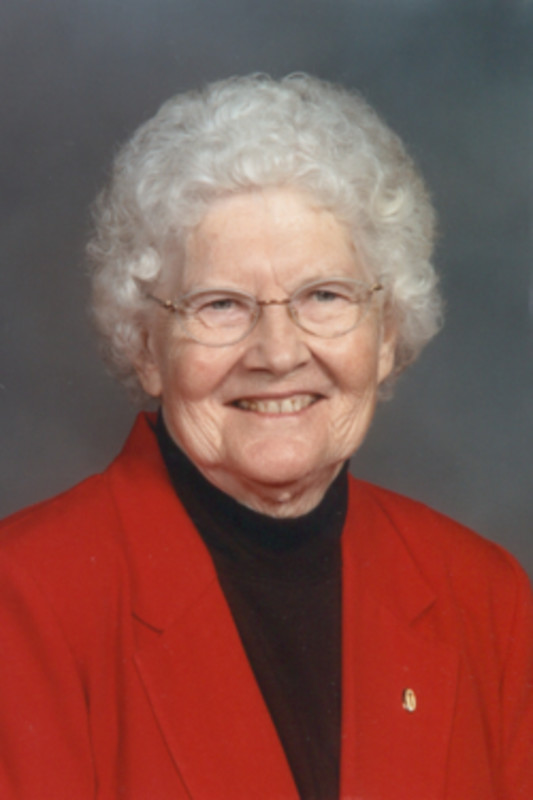 OTTERBEIN – Lila Marguerite Meyers Hite, 83, died at 8:30 p.m. Saturday, May 23, 2015, at Green-Hill Manor in Fowler. She was born April 23, 1932, in Jasper County, to the late Orville and Jessie Jones Meyers. She graduated from Wheatfield High School. On Sept. 24, 1950, she married Ralph Jack' Hite in the Kniman United Methodist Church. He preceded her in death in 2008. She was a farm wife, homemaker, mother, grandmother, great-grandmother and community volunteer. Lila Mom' Hite worked as an evening desk clerk in Earhart Hall at Purdue University for 25 years after raising her family. She retired in 1998 and received several awards for her dedication including Sagamore of the Wabash and Special Boilermaker. She was a member of the Otterbein United Methodist Church, The United Methodist Women, and served as past Coordinator for Otterbein Meals on Wheels. She enjoyed Bible study, baking and sharing, family and friends. Surviving are three daughters and a son, Marilyn Hite of Defiance, OH; Melody Curtis (Anthony) of Sturgis, MI; Ralph Dennis Hite (Debbie) of Spencer; and Maureen Campbell (Alan Senesac) of Pine Village. She is also survived by two sisters, Mary Rockwell of Oxford and Ruth Mak of DeMotte, and was preceded in death by her sister Lois Long of North Manchester. Also surviving are grandchildren, Rebekah (Zack) Skrzyniarz, East Lansing, MI; Nathanael Curtis, Grand Rapids, MI; Ashley (Steve) Sears, Spencer; Morgan Hite, Spencer; Shasta (Joe) White, Lutz, FL; Natalie (Quintin) Owens, Pensacola, FL; Adrian Campbell, Pine Village. Surviving great-grandchildren are Amelia and Braden White and Nylah Owens. Visitation is 5-8 p.m. Thursday, May 28, at Soller-Baker West Lafayette Chapel, 1184 Sagamore Parkway West. Funeral services will be held at the Otterbein United Methodist Church, 405 East Oxford St, Otterbein, Friday, May 29, at 11:00 a.m. The family will receive visitors at the church beginning at 10 a.m. Interment at Tippecanoe Memory Gardens. In recognition of Lila's 25 year career at Purdue University, an annual student award is being established in her honor at Earhart Hall. If you wish to contribute, please make checks payable to the Purdue Foundation and include “Lila Hite” in the memo line. Thank you for helping us continue Lila's legacy at Earhart Hall. If you prefer, please make a donation to the charity of your choice in honor of Lila Hite.