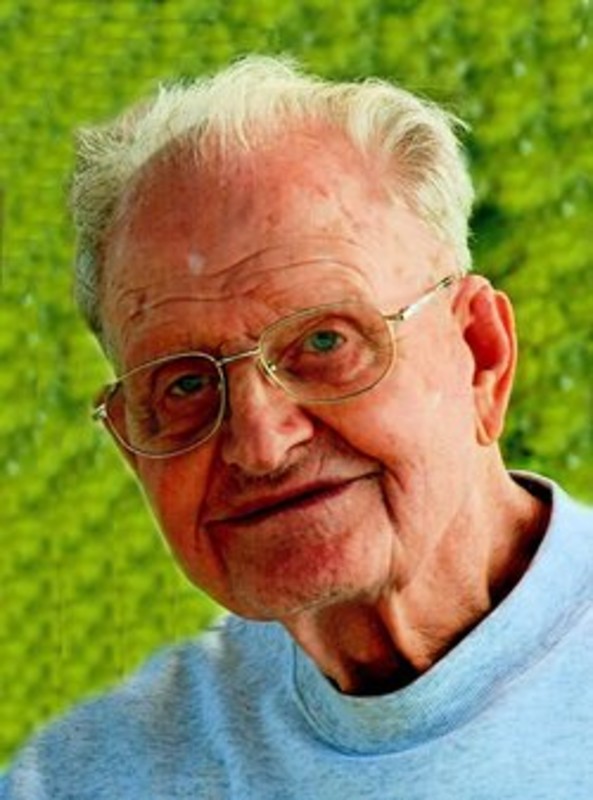 Lester married the love of his life, Margaret Irene Calder, on February 5, 1944. The two met in high school when he moved to Waynetown where he graduated. He had previously gone to school at Newtown and Hillsboro.

He began farming with his dad at age 6 and rented farmland on his own at age 15. After marriage, Lester and Margaret rented farms in Benton and Montgomery counties. Eventually, they bought a small farm near Waynetown while continuing to lease additional acreage from other farm owners. Lester farmed until he and his wife retired from farming and moved to Lafayette in 1989.

In his own words, “I enjoyed my days of farming. Farming was a busy life, but I enjoyed the four seasons, tilling the soil in the spring, seeing the new seeds coming up and growing to maturity, and then harvesting the crops. I also enjoyed raising our cattle and hogs.”

Lester was raised in a Christian family, faithfully raised his own family in church, and was always a faithful servant to God and his church. He attended Fowler Christian Church where he helped to build an annex to the church and worked to increase membership. Later, he helped start Woodland Heights Christian Church at Crawfordsville where he was one of 28 charter members. After retirement, he attended Faith Church in Lafayette where he enjoyed the fellowship and serving at church. He said it was his honor to serve in various ways in all the churches he attended.

Lester was always busy working. Among other jobs, after retiring from farming, he did carpentry with a friend, delivered flowers for William’s Florist, and when in his 80s did maintenance work at Faith Christian School.

Lester enjoyed fishing, playing card games and board games, traveling, and visiting family and friends. Along with attending church regularly, he also enjoyed fellowship with Faith’s Caleb’s Kin group at church. For twenty plus years, he and Margaret went to Arby’s nearly every day to eat lunch with a group of friends they met at Arby’s. He also befriended the employees there, and they could depend on him to give them mints every day, too. He often passed out his red and white striped mints to friends and strangers, putting a smile on their faces and making new friends along the way. Lester loved sweets and especially loved homemade sugared popcorn (kettle corn). For years he enjoyed giving it to friends. Of course, Margaret was his silent partner who made the popcorn. Margaret always made desserts and had other sweets for him. She would tease him by telling everyone, “I can’t get him sweet enough, but I keep trying.” Lester stated that, “The most important part of my life is the 70 years (now 73 years) I’ve spent married to Margaret, the love of my life.”

In lieu of flowers, donations can be made in Lester’s name to Faith Christian School or Alzheimer’s Association.

Visitation will be on Wednesday evening from 5-8 p.m. at Soller-Baker Lafayette Chapel, 400 Twyckenham Blvd.
Lafayette, IN. Funeral service will be Thursday at 10 a.m. at Faith Church at 5526 State Road 26 East, Lafayette, IN. Graveside services will be at 2 p.m. at Waynetown Masonic Cemetery, State Road 136 W, Waynetown, IN