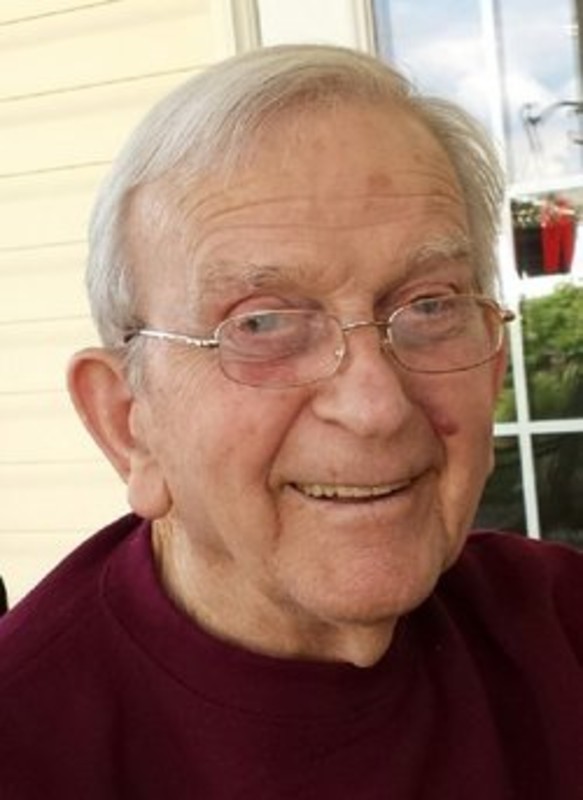 Leonard Ralph Fouts, 90, of West Point, died at 1:55 AM Sunday, December 15, 2013 at Bickford Cottage. He was born November 19, 1923, in Lafayette, to the late Ralph and Mary Miller Fouts. He graduated from West Point High Schol in 1941. Leonard's first marriage was to Martha Theresa Pendleton on June 27, 1942. She preceded him in death on July 19, 1985, then on November 4, 1986 he married Geraldine Rayburn in Lafayette and she survives. Leonard was a farmer in Tippecanoe County before retiring in 1988. Leonard served at the pleasure of President Ronald Reagan as a member of the National Commission on Agriculture Finance for six years in Washington DC. Along with his first wife Martha they were named Grange Young Couple of the Year in 1956. He served on the West Point Cemetery Board , the Board of Lafayette Cooperative Elevator and served 22 years on the Production Credit Association Board. He was a member of Farm Bureau and the Local, State and National Grange. He and his wife Gerri enjoyed traveling the US (including Alaska) building and remodeling churches in the Assembly of God Recreational Vehicle Ministry. He also attended West Point United Methodist Church. Surviving along with his wife is a daughter Linda McKinley (husband Stan) of West Point; a son William Fouts (wife Jeri) of Lafayette; two step-sons Michael Reid (wife Lisa) of Snellville, GA, Kenneth Reid of Lafayette; a sister Mildred Butkovich (husband Antone) of Ft. Collins, CO; seventeen grandchildren and sixteen great grandchildren. He was preceded in death by a sister Helen Devault, twin infant sisters Lillis and Lois Fouts, two granddaughters Mary Elizabeth McKinley and Susan Lynn Fouts. Visitation will be 5:00 until 7:00 pm Wednesday, December 18, 2013 at Soller-Baker Lafayette Chapel with Funeral Service at 11:00 AM on Thursday, December 19 at Soller-Baker Lafayette Chapel 400 Twyckenham Blvd Lafayette, IN 47909 with his grandson Pastor Jonathan McKinley officiating. Burial will follow at West Point Cemetery. Those wishing may contribute to the Alzheimer's Association.