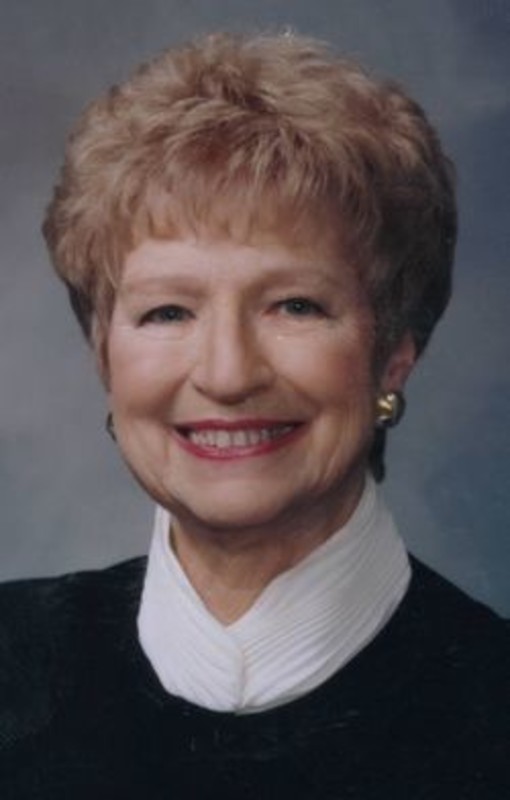 Leona M. Stroop, 86, of West Lafayette, passed away at 8:11 am Tuesday, March 17, 2015 at Creasy Springs Health Campus. A life long area resident, she was born September 29, 1928, to the late John H. Widmer and Stella Hanns Widmer Stolte. Leona graduated from Montmorenci High School in 1946, and married her high school sweetheart Charles R. Stroop on May 6, 1949. He passed away July 26, 2003. After raising their two daughters and supporting Charlie's career, Leona worked as a Real Estate Broker for 40 years, most recently at the Shook Agency. Leona loved helping people find the right house. Leona enjoyed spending time with her family, loved her farms and giving back to her community. She was a member of St. Andrew United Methodist Church where she was a former youth leader; and participated in a mission trip to Africa in 2010. She was a member of Sigma Alpha Sorority and a charter member of Lafayette Indiana Historic Automobile Club. She was especially pleased to donate The Stroop House to Habitat for Humanity. Leona's quick smile, her sense of fun and positive spirit influenced all those around her. Surviving are two daughters, Jane (Mike) Kirkpatrick of West Lafayette and Julie (Mike) Goodyear of Geneva, IL, a brother, Ernest “Bud” (Ruth Marie) Widmer of Otterbein along with six grandchildren, Elizabeth, Katy, Charlie and David Goodyear, Erin (Joseph)Braun and Rachel Kirkpatrick. She was preceded in death by a sister Maxine Fielding and her twin brother Leroy Widmer. Visitation will be from 4:00 until 6:00 pm on Friday, March 20, 2015 at Soller-Baker Lafayette Chapel, 400 Twyckenham Blvd Lafayette, IN 47909. Leona's funeral service will be held at 10:00 am on Saturday, March 21 at St. Andrew United Methodist Church, 4703 N. 50 W. West Lafayette, IN 47906 with Rev. Tim Burchill officiating. Burial will follow at Montmorenci Cemetery. In lieu of flowers, those wishing may contribute to IU Health Arnett Hospice, the Leona Stroop Memorial Fund at St. Andrew United Methodist Church, or the charity of your choice.