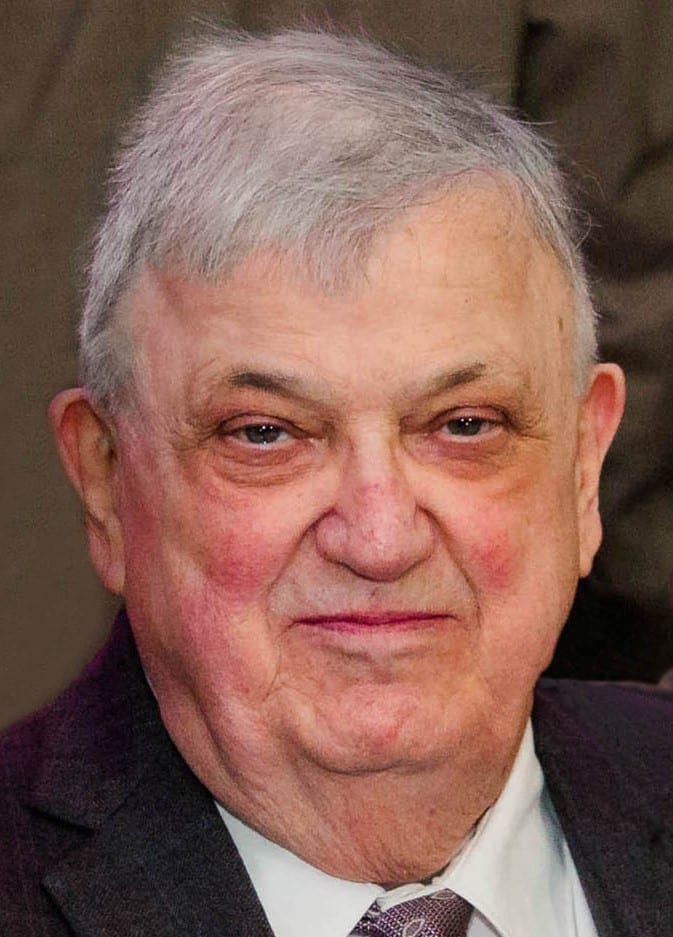 Leon “Mick” Cole, 84, West Lafayette, IN, formerly of Louisville, KY, passed away peacefully at St Vincent Seton Specialty Hospital, Indianapolis, IN, on October 5, 2020. He was born August 2, 1936, at St Mary’s of The Woods, Terre Haute, IN, to the late Roy and Edna (Diskin) Cole. Leon married his best friend and the love of his life, Patricia “Pat” Lou Mudd, on September 12, 1953. They celebrated 67 years of marriage shortly before his death. Leon was a 1954 graduate of Anderson High School in Anderson, IN. With Pat by his side, Leon continued his education, graduating in 1958 from Rose Polytechnic Institute, later known as Rose-Hulman Institute of Technology, earning his Bachelor of Science Degree with Honors in Chemical Engineering. He was a member of Tau Beta Pi Honor Society and earned class honors all four years at Rose. After graduation, Leon went on to earn his professional engineering license and was an accomplished Chemical Engineer, working in Advanced Development for multiple corporations during his career, most recently retiring from Pfizer as a Plant Manager.

Leon loved his large family and worked tirelessly to plan elaborate and fun family reunions. He enjoyed playing cards with friends, including Euchre and Bridge. As an avid outdoorsman, Leon loved to fish and take his sons deer hunting. He and Pat traveled and took many vacations with family. As a young man, he was an excellent boxer, basketball and softball player, and coach. Leon was a devout and loyal Catholic and a member of The Knights of Columbus. He was a lifelong supporter of Saint Meinrad Archabbey and Sisters of Providence of St Mary’s of the Woods. Dedicated to church and his community, Leon not only supported each financially but also with service, as a member of Rotary International, United Way Board of Directors, Founding Father of the Boys and Girls Club in Wisconsin Rapids, WI, to mention only a few. Leon was presented with the American Hometown Leaders Award while serving as Town Supervisor in Wisconsin Rapids, WI, in 1996. He was a quiet and humble man and even his family didn’t know the magnitude of his generosity and community service.

Leon was preceded in death by his parents, his six brothers (Norman, Cyril, Don, Martin, Louis, John J.) and his two sisters (Ruth, Mary Edna) and is survived by his wife, Patricia L. Cole, his six children and their spouses (Cindy and Steve Walden, Chris and George Sotiropoulos, Vicki and Jim LaGuire, Cheryl and Drew Briscoe, Carl Cole, Pete and Angela Cole). Leon is also survived by 23 grandchildren and 19 great grandchildren. The family is planning a celebration of life for Leon at a later date.

In lieu of flowers, the family welcomes donations in the name of Leon Matthew Cole to the following organizations or a charity of your choice:  St Meinrad Archabbey, 200 Hill Drive ,St Meinrad, IN, 47577  or at www.saintmeinrad.edu or to Sisters of Providence of St Mary’s of the Woods, 1 Sisters of Providence Road, Saint Mary-of-the-Woods, IN 47876 or at https://spsmw.org or to The Boys and Girls Club of Wisconsin Rapids Area, 501 17th Street South, Wisconsin Rapids, WI 54494 or at www.bgcwra.org.