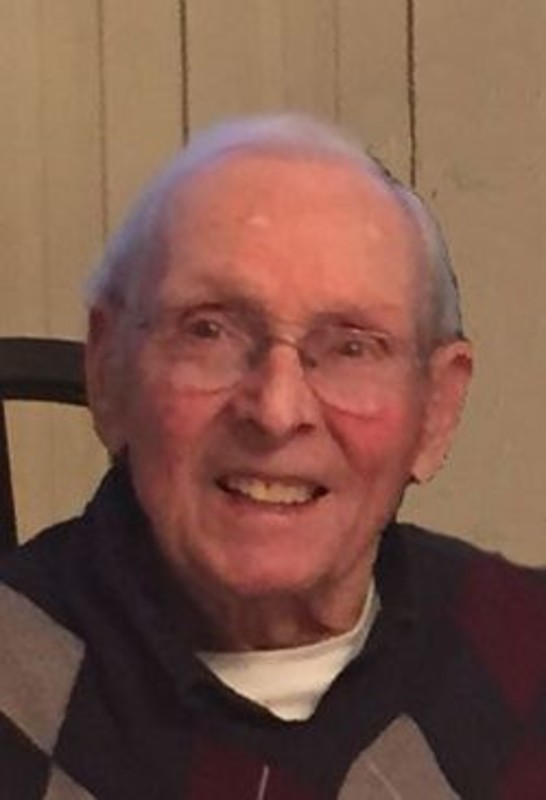 Lawrence 'Butch' Gamble passed away May 1, surrounded by family.  Lawrence was known for the pride he took in his Naval Service, his love of farming, and his enjoyment of travel with family.

Born in Warren County to Elmer Porter Gamble and Eunice Reynolds Gamble in 1922, his eventual home was located just a mile from where he attended both Jackson High School and Jackson Heights United Methodist Church in rural Tippecanoe County.

He could remember his early childhood in the 1920's like it was yesterday. His nickname, 'Butch,' given by the McCormick boys of Jackson Township, meant he was the 'toughest man in the West,' when playing cowboys on their farm next door.  He told wonderful stories about cultivating corn fields driving teams of draft horses at only 7 years old. They would hit the fields at daylight and work until dark by lantern.  (And sometimes park the horses near a fence so he could scramble off their backs to play with the neighbor Shelby girls.)

Lawrence joined the Navy and studied Morse Code at the University of Wisconsin. A Radioman reporting to the ship's Commander, he was assigned to a Destroyer Escort in the South Pacific during World War II.  Through typhoons, air raids, sea sickness, sunburns at the Equator, and required swims in shark infested waters, he always thought he would return safely home.

In 1947 he married Jean Goode, a classmate at Jackson School. They farmed together in Lauramie, Sheffield, and Jackson Townships.  Jean and Lawrence loved to travel, visiting all 50 states while attending Annual Naval Destroyer Escort Conferences.  They also took cruises and traveled to Europe.

Surviving along with his beloved wife of seventy years, Jean, is son Steven Gamble, and wife Shirley; granddaughter Amy Harrold and great granddaughter Lillian; grandson Craig Gamble and wife Ashley, great grandchildren Conner and Nora Grace, all of Lafayette; daughter Celia Woodworth and granddaughter Cedar, Greencastle.  In later years Lawrence watched over his grandson Craig and nephew Larry's farming activities from afar as if they were his own, driving the fields and assessing the weather. Likewise, niece Judy and Bob Dykstra's cattle were checked daily while driving by.  He delighted in the baby calves.

A hobbyist woodsman, Lawrence built a woodland cabin and all of its' furniture completely by hand using no power tools. It still stands, and is enjoyed by his Great Grandchildren today.  An annual family fishing vacation to the North Woods of Wisconsin was started with his brother Ancle and friends in the 1950's, and continues with some fifty extended family members attending each  year.

His farming legacy will be seen and enjoyed for decades to come at son Steve's Christmas Tree Farm and scenic red barn, honored by Indiana's Bicentennial near Stockwell, Indiana.

Even well into his 90s Lawrence Gamble was always neatly dressed, stoic, organized, and a hard working embodiment of an era gone by.  He will be greatly missed and widely remembered.

Visitation will be from 1:00 pm until the time of the service at 3:00 pm on Friday at Soller-Baker Lafayette Chapel, 400 Twyckenham Blvd.  Interment will be at Concord Cemetery.  Memorial contributions may be made to Jackson Heights United Methodist Church.