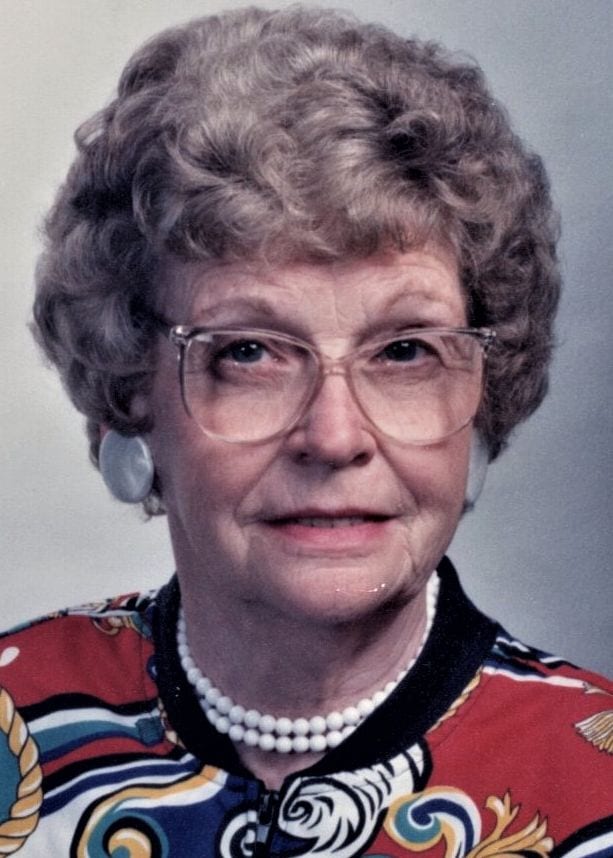 Laura Ellen (Walters) Mikels, 96, former Lafayette resident, passed away on October 9, 2020 in Texas.  She was born in Reynolds, Indiana to George F. Walters and Laura Ellen (Anderson) Walters.  She was preceded in passing by her parents, husband of 65 years Charles W. Mikels, Jr., sister Ruth (Walters) Crawn, brothers Clarence, John and Paul Walters.  She is survived by son George (Mary) Mikels of Universal City, Texas, grandsons Chad Mikels of Pflugerville, Texas and Greg Mikels & Marissa and great-grandson Jett Mikels of San Antonio, Texas and numerous nieces and nephews.  Laura grew up on a farm outside of Reynolds during the Depression, where they did not have electricity or indoor plumbing, and was the only family member to graduate from Reynolds High School.  During World War II, she was a Rosie Riveter riding a bus each day from Reynolds to Lafayette while working at Alcoa.  After the war, she worked at Purdue University where she met her future husband’s mother who introduced her to Charles.  They were married in 1946 and moved to Danville, Indiana where Charles graduated from Canterbury College.  While in Danville, she gave birth to her son, George.  Laura was a very supportive wife in her husband’s positions as Principal and Superintendent of schools in Dillsboro, Paoli and Tippecanoe County.   While living in Dillsboro, she became an inspector foreman at Thatcher Glass Company in Lawrenceburg, Indiana.  She was a member of the Tri Kappa organization in Paoli, and after moving to Lafayette, Laura worked a few years at Purdue’s Tarkington Hall as a receptionist. They both became involved in the Fraternal Order of the Eagles aerie 347 where Laura helped out with bingo.  Laura became President of the ladies Auxiliary and headed the state FOE charity drive when Charles was the Indiana President of FOE.  Laura enjoyed gardening, bowling, euchre and spending time with family and relatives.  She was an avid Purdue fan while her husband was an Indiana fan which made for interesting moments during sporting events.  In lieu of flowers make donations to Brady Lane Church of Christ, 2701 Brady Lane, Lafayette, Indiana 47909.  Visitation will be from 1:00 PM- 2:00PM with the service at 2:00PM. Soller-Baker Funeral Home Lafayette Chapel. Internment at Riverview Cemetery in Monticello on Saturday, October 17, 2020.