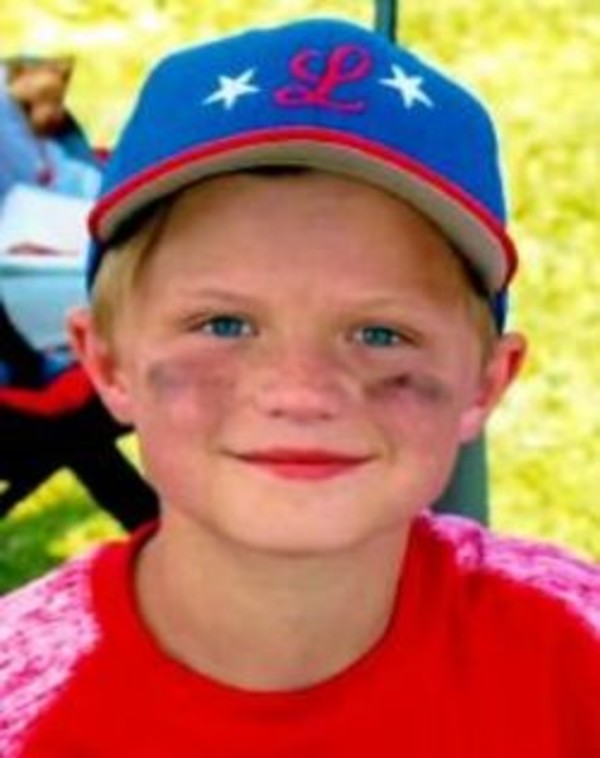 Landyn Levi Griffith, 11, of Lafayette, passed away at his residence at 1:40 am on Friday, April 27, 2018 surrounded by his family. Landyn had been ill since November 2017, only learning of his diagnosis of terminal High-Grade Spinal Glioma that had metastasized in February 2018 and he fought like a warrior.

He was born April 1, 2007 in Lafayette to Travis and Courtney (Martin) Griffith. He was their April Fools baby and lived up to his title.

Landyn was in 5th grade at Sunnyside Intermediate School. He was a very rambunctious child and always on the go. His teachers would say that “it was a good thing he was so cute, because his cuteness saved him.” Landyn has been an avid baseball player since he was 4 years old. He was very competitive in everything he did. He also enjoyed basketball, football and anything to do with being outdoors. He was a huge Jake Paul fan and dreamed of one day being a famous YouTuber/vlogger just like his idol. Landyn always had a smile on his face and a joke on his mind even when he was in trouble.  He was just like his dad, always having an immediate witty comeback. Landyn had an outgoing personality and never met a stranger. He had a tough guy exterior with a heart of gold, always willing to help someone in need. In his short time on this earth, he touched the hearts of so many people all around the world.

Visitation will be from 5:00 until 8:00 pm on Tuesday, May 1, 2018 at Soller-Baker Lafayette chapel. Funeral service will be held at 10:00 am on Wednesday, May 2, 2018 also at Soller-Baker Lafayette Chapel, 400 Twyckenham Blvd Lafayette, IN 47909 with Rev. Kevin Bowers officiating. Burial will follow at Meadow View Cemetery. Those wishing may donate directly to the Griffith family in Landyn’s name to help defray medical and financial expenses.