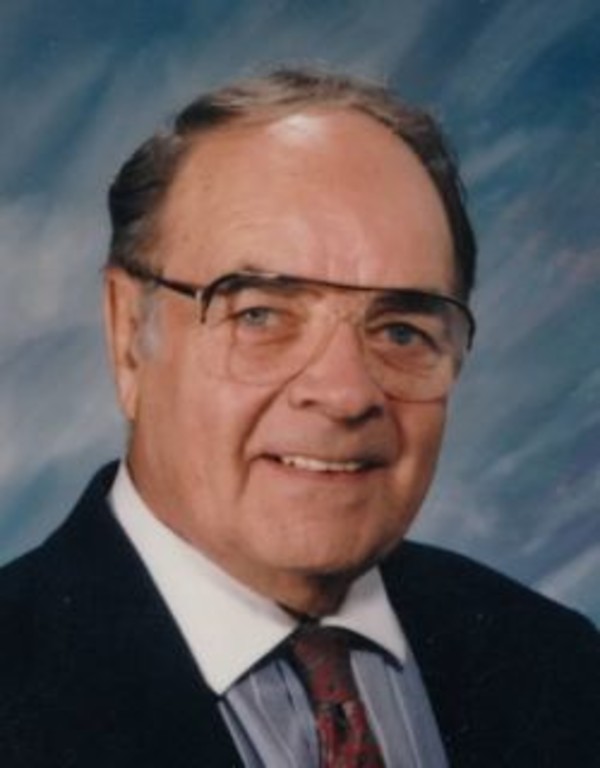 Leo Robert Butz, 92, passed away peacefully in his sleep on February 5th in St. Elizabeth Health Hospital. Bob was born in Lafayette, Indiana on May 22nd, 1921 to Leo and Louise Butz. He was preceded in death by his parents and a brother, Herbert Butz. He is survived by his sister, Marilyn Claseman, of Port Huron, MI, Marjorie Fitzgerald (husband, Larry) of West Lafayette, 7 nieces and nephews, and 18 grand nieces and nephews. Bob began his formal education and lifelong love of learning at Duns Scotus College in 1944. He completed a Masters Degree at Purdue in 1953. But he never stopped learning. He continued his studies at Notre Dame, the Catholic University, Cincinnati College/Conservatory of Music, Ball State University and Indiana University School of Music. The term Renaissance Man best describes Bob. He was a coach, an artistic painter, a wood carver, a scenic artist (known for his magnificent stage settings at many different schools and churches), a stone mason, a carpenter and builder, a choral director, a cantor, a soloist, a writer, and a biblical scholar. But most of all he was a teacher. Bob lived a full and blessed life, dedicated to God, the church, and his family. He lived a life full of humor and a vivid love of people and things around him. And he knew how to laugh at himself. Bob answered God's call to teach and he was an inspiration to hundreds of his students at Frankfort High School, Jefferson High School, and Central Catholic High School where he created many masterful stage settings for those venues. Even after he retired at the young age of 88, he would often comment on how he missed the students. Bob loved sports, both playing and coaching. He followed the Chicago Bears and Chicago White Sox. Mr. Butz was a spirited fan of the Central Catholic Knights and attended their events often. Bob was selected as a John Hay Fellow and spent an exciting and creative summer studying at the Retreat in Colorado. His religious commitment took him to Lourdes, France where he assisted many who were less physically and mentally endowed as he. He was granted the Hospitalite de Notre Dame de Lourdes award in recognition of his 22 years of service to that shrine. Bob lived one of his favorite scripture verses to “Act justly, love tenderly, and walk humbly with his God”(Micah 6:8). Visitation will be held February 9th from 4:00 pm to 8:00 pm, at Soller-Baker Funeral Home on Twykenham Boulevard in Lafayette. There will be Rosary at 3:45 pm. A Mass to celebrate Bob's life will be at St. Boniface on Monday at 10:00 am February 10th. Memorial contributions may be made to Central Catholic High School or St. Boniface Church.