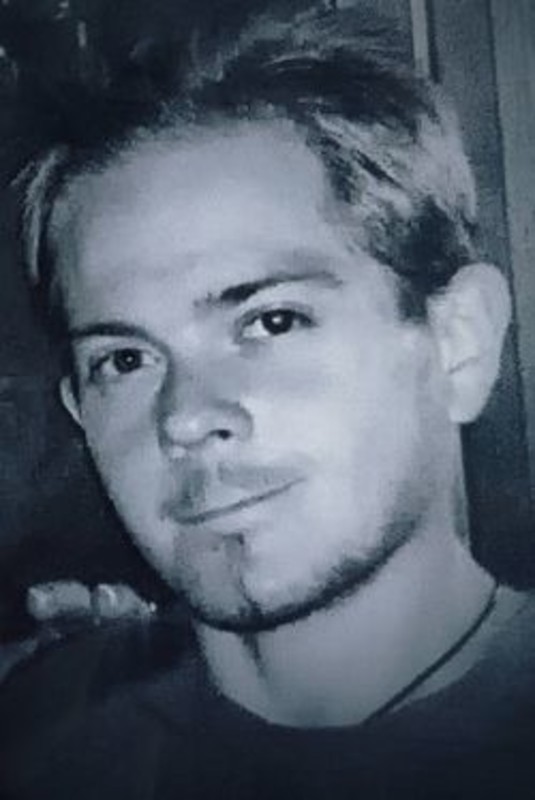 Kit W. Snyder, age 31, lost his battle against Cystic Fibrosis on November 17, 2015 at Franciscan St. Elizabeth Health Lafayette East. Kit was engaged in this battle since he was born on March 17, 1984 in Lafayette to Monte L. Snyder and Sharon Giddings Fisher (Tom) of West Lafayette. He attended St. Lawrence grade school and graduated from Central Catholic High School in 2002. He worked as a bartender, server, and bouncer at Riehle Brothers Tavern and as a server, bartender, and chef at Adelino's Old World Kitchen restaurant. He had also worked at University Spirit and as a manager at Putt-Putt Golf. Kit was a huge pro basketball and football fan, especially of the New Orleans Saints. He was a dedicated pool player and formed teams to play in the local leagues. His biggest dream was to take a team to Las Vegas to the nationals- he fell short of this goal but he did win the state tournament in 2014. Kit was also a very good basketball player and when his health allowed he would get teams together to play in the Gus Macker Basketball tournaments. He would also enter the free throw shooting contests and took first place several times. Kit participated in Putt-Putt tournaments and was awarded first place hardware from those, as well. Kit's biggest passion was for his Koi and his pond. He started with a small pond; decided to go bigger, had a party and his wonderful, loyal friends came and dug a new and bigger pond for him. Kit was into all aspects of his fish- he designed and built his own filtration system and was constantly dreaming of ways he could improve his pond. Surviving along with his parents are his special sis, Mandy Pyatt Smith of Lafayette, grandparents Russel Snyder of Lafayette and Lucky and Millie Giddings of Greenfield. Surviving also are his uncle and Godfather Mark Snyder of Lafayette, uncle Lynn Snyder (Tanny) of West Lafayette and uncles Steven Giddings and Keith Wilson of Greenfield. His aunt and Godmother Sheila Roland of Greenfield survives along with his stepsisters Stephanie Fisher of Austin, TX, Jacqueline Fisher of Phoenix, AZ, Jeanna Scott of Noblesville and Lindsay Wiley (Justin) of Fishers, his girlfriend, Kat Bohac and many, many cousins. He is preceded in death by his grandmother Mary Snyder, aunt and uncle Jeanne and Jay Polstra, an uncle Gary Snyder and an aunt Susan Wilson. If you would like to visit Kit you may do so at the Soller-Baker Lafayette Chapel, 400 Twyckenham Blvd. on Monday, November 23, from 5:00 pm until 8:00 pm. The service for Kit will be at Soller-Baker Lafayette Chapel on Tuesday, November 24 at 1:00 pm. Interment will be at Rest Haven Memorial Park in Lafayette. Any donations to Cystic Fibrosis Foundation, cff.org, would help to make headway in the cure of this genetic disease and would be greatly appreciated. There will be a benefit for Kit to celebrate his life and to help cover medical and funeral expenses at The Hideaway Bar and Grill on Friday, November 27, 7:00 pm to 3:00 am. Everyone is welcome.