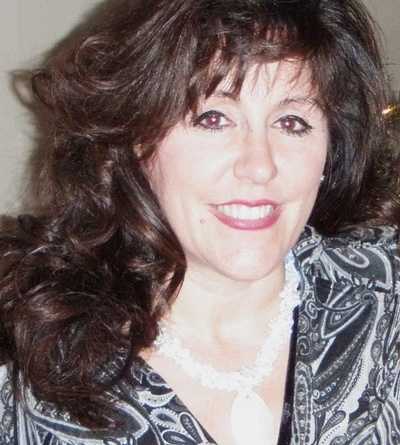 Kim was born in Marion, IN on September 16, 1960 to Judith (Hisey) Branham and the late Bruce Branham. She has two daughters, Desiree’ Maybury (Makawao, HI, husband David Maybury) and Shawnda Worley (Marion, IN) and a step son, Arran C. Cushman (West Lafayette, father John H Cushman). Kim has been living in West Lafayette with her partner, John Cushman, for the past 13 years. She has two brothers, Steven Branham of Omaha, NE and Mark Branham of Marion, IN and four grandchildren, Shaylee, Carson and Jonni, of Marion IN and Triztan of Makawao, HI.

Kim was a 1978 graduate of Mississinewa High School and a 1997 graduate of Ball State University with a double major in Art and Business Administration. Over the years she held a number of administrative positions at various companies, the most recent of which was as an administrative assistant in International Programs at Purdue University.

Kim worked magic with children, flowers, landscaping, and animals. She enjoyed hiking and fishing and was in love with the scenery in the Minnesota/Canadian Boundary Waters Canoe Area and the cabin on Snowbank Lake. Christmas was her favorite season and she had enough decorations to fill a small store. Unfortunately, her last four Christmas’ were spent in hospitals or cancer centers. She was in love with life and refused to believe, until the very end, that she could not defeat her cancer.

She was very outgoing and loved to travel the world. Kimberly was a strong conservative, which in her liberal environment, led to many “interesting” discussions, especially during election season. She was a true believer in the power of God and was baptized into the Catholic Church.

To allow for early detection of ovarian cancer, Kim was a robust advocate for mandatory periodic CA-125 protein tests for all women. Had she been told to monitor her CA-125, her cancer would most likely have been found and destroyed long before it metastasized.

A Funeral Mass for Kimberly will be held Saturday, January 12 at 1:00 PM at St. Lawrence Catholic Church on 1916 Meharry St in Lafayette, IN with Fr. Cole Daily officiating.

Donations, in lieu of flowers, should be sent to St. Jude Children’s Research Hospital‎,